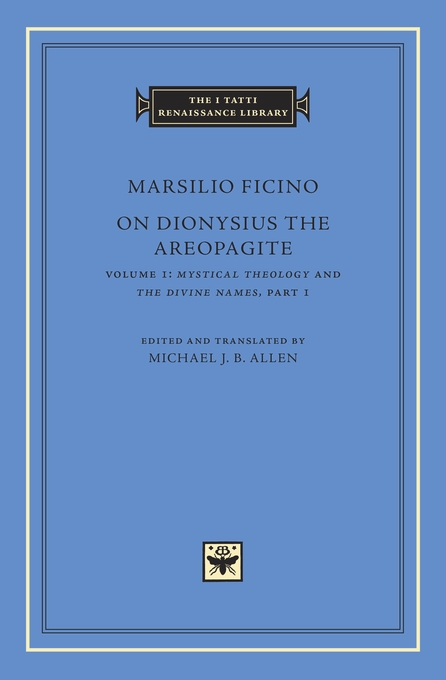 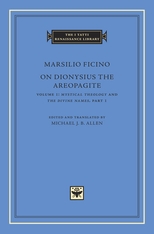 The I Tatti Renaissance Library 66

On Dionysius the Areopagite, Volume 1

Mystical Theology and The Divine Names, Part I

In 1490/92 Marsilio Ficino, the Florentine scholar-philosopher-magus who was largely responsible for the Renaissance revival of Plato, made new translations of, with running commentaries on, two treatises he believed were the work of Dionysius the Areopagite, the disciple of St. Paul mentioned in the Acts of the Apostles. His aim was to show how these two treatises (in fact the achievement of a sixth-century Christian follower of the Neoplatonist Proclus) had inspired pagan thinkers in the later Platonic tradition like Plotinus and Iamblichus. These major products of fifteenth-century Christian Platonism are here presented in new critical editions accompanied by English translations, the first into any modern language.