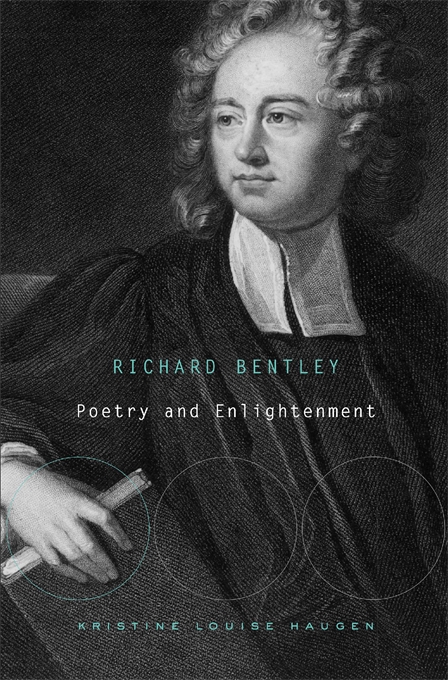 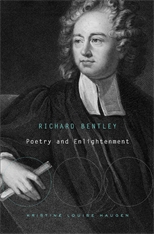 What made the classical scholar Richard Bentley deserve to be so viciously skewered by two of the literary giants of his day—Jonathan Swift in the Battle of the Books and Alexander Pope in the Dunciad? The answer: he had the temerity to bring classical study out of the scholar’s closet and into the drawing rooms of polite society. Kristine Haugen’s highly engaging biography of a man whom Rhodri Lewis characterized as “perhaps the most notable—and notorious—scholar ever to have English as a mother tongue” affords a fascinating portrait of Bentley and the intellectual turmoil he set in motion.

Aiming at a convergence between scholarship and literary culture, the brilliant, caustic, and imperious Bentley revealed to polite readers the doings of professional scholars and induced them to pay attention to classical study. At the same time, Europe’s most famous classical scholar adapted his own publications to the deficiencies of non-expert readers. Abandoning the church-oriented historical study of his peers, he worked on texts that interested a wider public, with spectacular and—in the case of his interventionist edition of Paradise Lost—sometimes lamentable results.

If the union of worlds Bentley craved was not to be achieved in his lifetime, his provocations show that professional humanism left a deep imprint on the literary world of England’s Enlightenment.