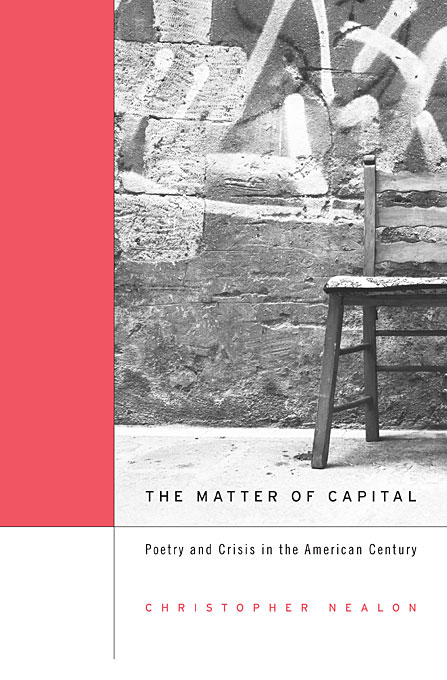 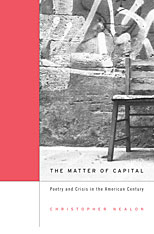 The Matter of Capital

Poetry and Crisis in the American Century

In this highly original reexamination of North American poetry in English from Ezra Pound to the present day, Christopher Nealon demonstrates that the most vital writing of the period is deeply concerned with capitalism. This focus is not exclusive to the work of left-wing poets: the problem of capitalism’s effect on individuals, communities, and cultures is central to a wide variety of poetry, across a range of political and aesthetic orientations. Indeed, Nealon asserts, capitalism is the material out of which poetry in English has been created over the last century.

Much as poets of previous ages continually examined topics such as the deeds of King Arthur or the history of Troy, poets as diverse as Jack Spicer, John Ashbery, and Claudia Rankine have taken as their “matter” the dynamics and impact of capitalism—not least its tendency to generate economic and political turmoil. Nealon argues persuasively that poets’ attention to the matter of capital has created a corresponding notion of poetry as a kind of textual matter, capable of dispersal, retrieval, and disguise in times of crisis. Offering fresh readings of canonical poets from W. H. Auden to Adrienne Rich, as well as interpretations of younger writers like Kevin Davies, The Matter of Capital reorients our understanding of the central poetic project of the last century.