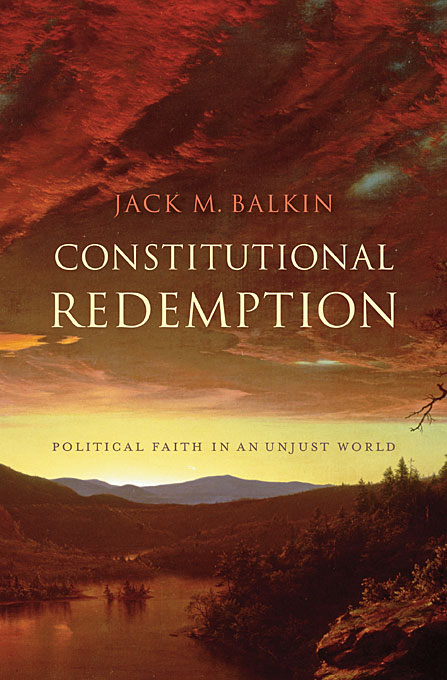 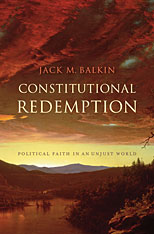 Political Faith in an Unjust World

Political constitutions, hammered out by imperfect human beings in periods of intense political controversy, are always compromises with injustice. What makes the U.S. Constitution legitimate, argues this daring book, is Americans’ enduring faith that the Constitution’s promises can someday be redeemed, and the constitutional system be made “a more perfect union.”

A leading constitutional theorist, Balkin argues eloquently that the American constitutional project is based in faith, hope, and a narrative of shared redemption. Our belief that the Constitution will deliver us from evil shows in the stories we tell one another about where our country came from and where it is headed, and in the way we use these historical touchstones to justify our fervent (and opposed) political creeds. Because Americans have believed in a story of constitutional redemption, we have assumed the right to decide for ourselves what the Constitution means, and have worked to persuade others to set it on the right path. As a result, constitutional principles have often shifted dramatically over time. They are, in fact, often political compromises in disguise.

What will such a Constitution become? We cannot know. But our belief in the legitimacy of the Constitution requires a leap of faith—a gamble on the ultimate vindication of a political project that has already survived many follies and near-catastrophes, and whose destiny is still over the horizon.