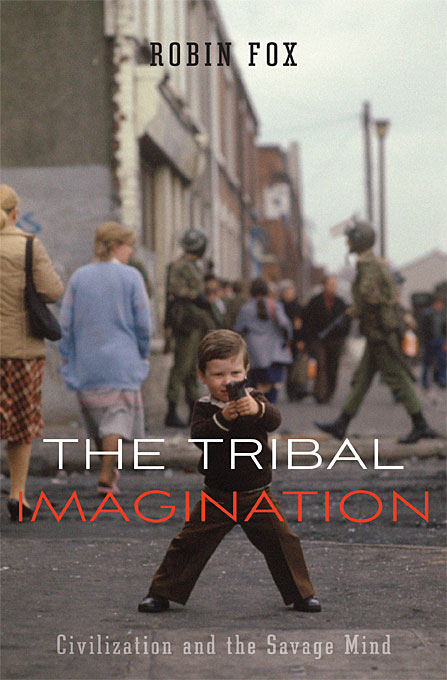 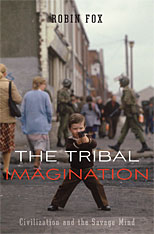 Civilization and the Savage Mind

“The Tribal Imagination: Civilization and the Savage Mind is an exciting synthesis of earlier work like the anthropological classic Kinship and Marriage (1967) and [Fox’s] latest wide-ranging thoughts. In a way reminiscent of the breadth of Charles Hill’s recent masterpiece Grand Strategies: Literature, Statecraft, and World Order, Fox ranges from a discussion of the Ten Commandments to an analysis of the great warrior epics and Sophocles’ King Oedipus, from incest taboos and the myth of Isis and Osiris to the ambiguous nature of human rights, from the plot of Emily Brontë’s Wuthering Heights to Karl Popper’s thoughts on the desirability of ‘open’ as against ‘closed’ societies. But his most topical and provocative comments are found in a chapter entitled ‘The Kindness of Strangers: Tribalism and the Trials of Democracy.’”—Roger Sandall, American Interest

“Here is a veteran writer and thinker sounding off on a huge variety of subjects, ranging from why monarchy may not be such a bad form of government after all to why James Cameron’s Avatar exemplifies an important anthropological thesis… The charm of this book…lies in this very eclectic approach.”—Bradley Winterton, The Taipei Times

“In this stocktaking of the human condition past, present, and future, Fox draws on publications made throughout his illustrious anthropological career. Readers are treated not only to Fox’s wide-ranging ideas on the topic, but also to insights into Fox the scholar, especially a chapter devoted to his enthrallment with the Victorian poet Algernon Charles Swinburne. Though Fox makes an evolutionary argument, his goal is not to layout an evolutionary sequence leading to ourselves, but to make connections between what we see in ourselves as humans today and how this relates to our evolutionary past.”—D. Read, Choice

“The Tribal Imagination is an elegant demonstration that human nature is omnipresent in the symbolic realm and that knowing about this is the best way to make sense not only of humankind’s unity but of its diversity as well.”—Bernard Chapais, author of Primeval Kinship: How Pair Bonding Gave Birth to Human Society

“The Tribal Imagination manages to be erudite and logical yet engaging and entertaining at the same time. The intellectual pace of the book is the cognitive equivalent of being smacked by waves on the beach.”—Stephen V. Faraone, author of Straight Talk about Your Child’s Mental Health

“In The Tribal Imagination, Robin Fox brings to bear stunning insights from his wide knowledge of human societies and the philosophers, poets, and thinkers who have tried to understand them. He casts brilliant light not just on the human historical experience, but on contemporary issues from Iraq to human rights as well.”—Francis Fukuyama, author of The Origins of Political Order: From Prehuman Times to the French Revolution

“One of our most prolific and brilliant anthropologists has done it again. Marriage rules of simple societies, the rise of civilization, modern international politics, and literary examples ranging from the Bible and Greek mythology to Shakespeare and children’s rhymes are all grist for Robin Fox’s mill, which grinds out a fine understanding of how human groups function, given the Darwinian imperatives operating in history, the dynamics of family relationships, and the possibilities and limitations of the human brain.”—Melvin Konner, author of The Evolution of Childhood

“Written with Fox’s usual flair and vigor, and with a poet’s feel for language, The Tribal Imagination is a landmark in evolutionary social science, an original contribution to literary history and analysis.”—Roger Sandall, author of The Culture Cult: Designer Tribalism and Other Essays