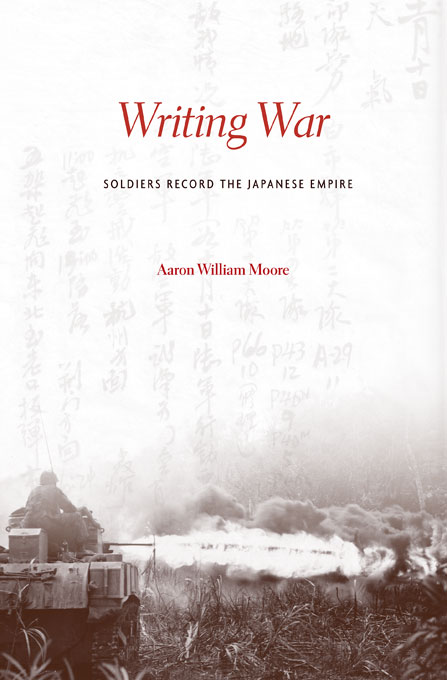 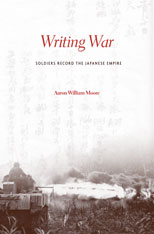 Historians have made widespread use of diaries to tell the story of the Second World War in Europe but have paid little attention to personal accounts from the Asia-Pacific Theater. Writing War seeks to remedy this imbalance by examining over two hundred diaries, and many more letters, postcards, and memoirs, written by Chinese, Japanese, and American servicemen from 1937 to 1945, the period of total war in Asia and the Pacific. As he describes conflicts that have often been overlooked in the history of World War II, Aaron William Moore reflects on diaries as tools in the construction of modern identity, which is important to our understanding of history.

Any discussion of war responsibility, Moore contends, requires us first to establish individuals as reasonably responsible for their actions. Diaries, in which men develop and assert their identities, prove immensely useful for this task. Tracing the evolution of diarists’ personal identities in conjunction with their battlefield experience, Moore explores how the language of the state, mass media, and military affected attitudes toward war, without determining them entirely. He looks at how propaganda worked to mobilize soldiers, and where it failed. And his comparison of the diaries of Japanese and American servicemen allows him to challenge the assumption that East Asian societies of this era were especially prone to totalitarianism. Moore follows the experience of soldiering into the postwar period as well, and considers how the continuing use of wartime language among veterans made their reintegration into society more difficult.