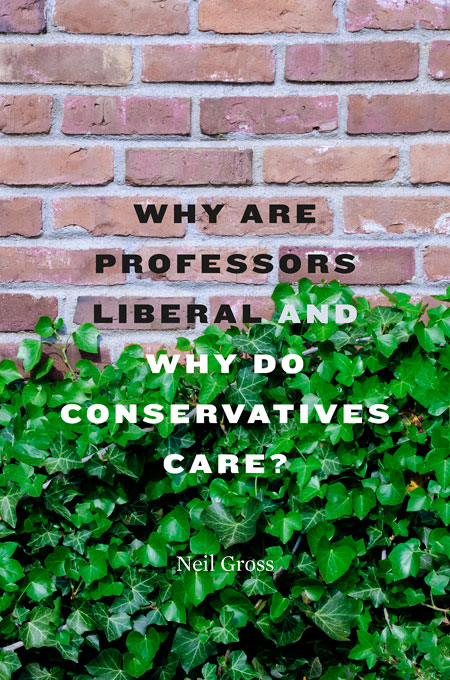 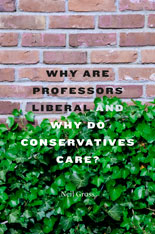 Why Are Professors Liberal and Why Do Conservatives Care?

Some observers see American academia as a bastion of leftist groupthink that indoctrinates students and silences conservative voices. Others see a protected enclave that naturally produces free-thinking, progressive intellectuals. Both views are self-serving, says Neil Gross, but neither is correct. Why Are Professors Liberal and Why Do Conservatives Care? explains how academic liberalism became a self-reproducing phenomenon, and why Americans on both the left and right should take notice.

Academia employs a higher percentage of liberals than nearly any other profession. But the usual explanations—hiring bias against conservatives, correlations of liberal ideology with high intelligence—do not hold up to scrutiny. Drawing on a range of original research, statistics, and interviews, Gross argues that “political typing” plays an overlooked role in shaping academic liberalism. For historical reasons, the professoriate developed a reputation for liberal politics early in the twentieth century. As this perception spread, it exerted a self-selecting influence on bright young liberals, while deterring equally promising conservatives. Most professors’ political views formed well before they stepped behind the lectern for the first time.

Why Are Professors Liberal and Why Do Conservatives Care? shows how studying the political sympathies of professors and their critics can shed light not only on academic life but on American politics, where the modern conservative movement was built in no small part around opposition to the “liberal elite” in higher education. This divide between academic liberals and nonacademic conservatives makes accord on issues as diverse as climate change, immigration, and foreign policy more difficult.