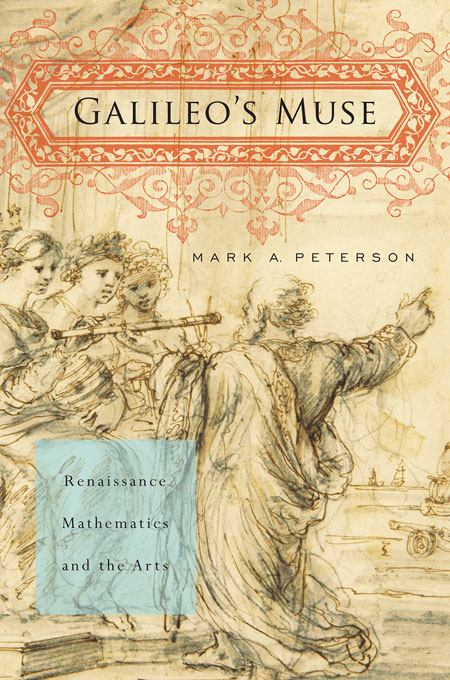 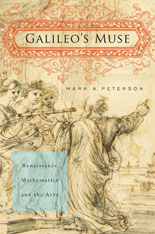 Renaissance Mathematics and the Arts

“Peterson believes there is a fresh and important story to tell about Galileo’s roots in Renaissance humanism. He tells that story well and makes the fascinating argument that Galileo’s interest in applied geometry arose not from the study of orthodox philosophy and mathematics but from his interest in the application of geometry to poetry, painting, music and architecture. He makes this case well.”—Paul Monk, The Australian

“Peterson advances the hypothesis that it was the interplay of mathematics in the arts, not the philosophically-bent sciences of the day that evolved into our modern sciences.”—Publishers Weekly

“Mark A. Peterson takes us on a lively journey… Galileo’s Muse is a welcome addition to the growing literature on art and science in the early modern period.”—Alexander Marr, The Times Literary Supplement

“Peterson’s book portrays Galileo in a wonderfully fresh perspective. Over several decades I have steeped myself in Galileo biographies, and it’s really rare to find an account as intriguing as this one.”—Owen Gingerich

“Galileo’s Muse explores a wealth of intriguing connections between the arts and the birth of modern science, presented with thought and verve. Mark Peterson’s excitement shines through on every page.”—Peter Pesic, author of Sky in a Bottle and Labyrinth: A Search for the Hidden Meaning of Science

“Galileo’s Muse is a brilliant study that lucidly explains the mathematics central to innovations in the Renaissance arts and sciences. Peterson’s expertise as a mathematician and physicist gives this book a level of detail and insight that will offer much to historians of art, science, literature alike.”—Arielle Saiber, Associate Professor of Italian, Bowdoin College