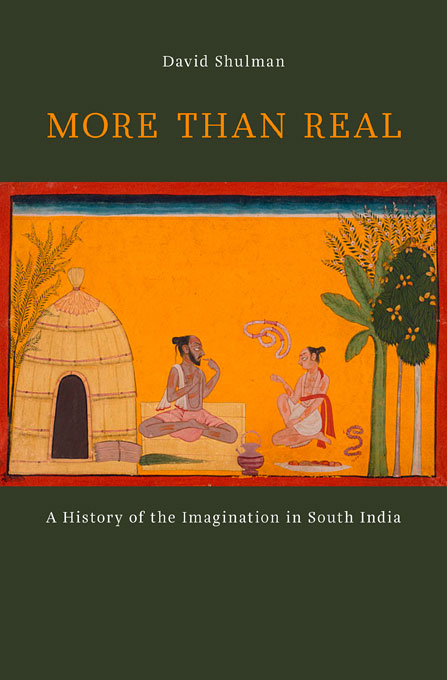 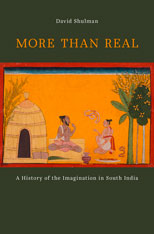 A History of the Imagination in South India

“The patient unraveling of the complex articulations of select Indian poets and commentators is the job that David Shulman has undertaken in this pioneering effort towards the production of a history of the imagination in South India… Apart from advancing a thesis about early modern south India and the attainment there of a transfiguration comparable to the Italian Renaissance (which is in keeping with much of his earlier work), Shulman interprets for us some of the major works of the pre-modern period in relation to both other works of world literature, such as those by Montaigne or Vico, and to modern critical attitudes. We are once again joined then to the ‘simple trembling life’ of the image on the page, marveling at the modernity of the ancient and early modern imagination, as it leaps out of its contexts and finds its place in Shulman’s argument with a luminous and, crucially, a present-day life of its own.”—Rosinka Chaudhuri, The Times Literary Supplement

“More than Real provides a thorough, coherent, and extremely perceptive historical analysis of the nature and inner workings of imagination in India. It is hard to compare Shulman’s work with any other book because nobody has ever tried to accomplish anything remotely similar. I doubt very much that a comparable history of imagination in the West or the Muslim civilization exists, although More than Real lays the foundations for such work. The book is exhilarating, and readers will learn something new from it not only about South Asian civilization but also about themselves.”—Yigal Bronner, University of Chicago

“With extraordinary range across languages, texts, and thought worlds, but with a special attention to south India in the early modern period, David Shulman shows us how the imagination works and how it has changed across space and time: in one place as pathological, for example, in another as therapeutic; at one time fictive and hence false, in another, fictive and hence real. This is mind-opening—and astonishingly imaginative—scholarship.”—Sheldon Pollock, Columbia University

“A work of great learning, insight, and maturity. Shulman displays the pleasures that come with the reading of Indian literature as he works from the inside out to teach us what imagination is and what it entails. More Than Real is a tour de force that moves confidently through literary and religious texts and through South Indian languages, listening carefully to learn about something that we already care about: what imagination teaches us about ourselves and the world we live in.”—Charles Hallisey, Harvard University