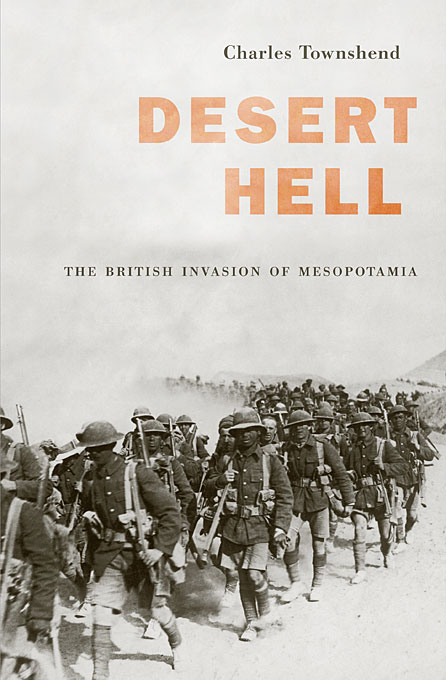 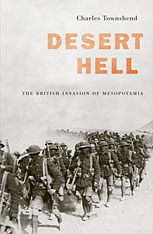 The British Invasion of Mesopotamia

“This book is an exquisite history of the excruciatingly difficult, perhaps pointless, often disastrous British invasion and occupation of Mesopotamia between 1914 and 1924… Townshend skillfully limns the diverse and amazing characters who populated Britain’s imperial ‘moment’ in the Middle East. He has a nice touch for personality as well as a prodigious ability to relate military conflict, from the insane courage of soldiers in insect-infested swamps and the acrid, parched hellhole of Kut, where a British army starved and surrendered, to the grander conversations among field marshals, generals, and viceroys. His rendition of the giant battle of British egos, especially among the adventurous upper class, is among the best that I have read… But the great joy in reading Townshend comes from his intimate knowledge of the British Army. Townshend is an historian of movement: the reader can see clearly the British and Indian units attacking—the intrepid engineering on land and water that made the British military so feared and respected in the nineteenth century. With Townshend as a sure guide, the reader can feel the suffering and admire the sheer doggedness of the empire’s soldiers, who in the Mesopotamian campaign fought in some of the worst conditions imaginable.”—Reuel Marc Gerecht, The New Republic online

“[A] riveting history of Britain’s initially ill-fated invasion of Mesopotamia (it only became Iraq when the British created that country and gave it a king in 1921), it is difficult to escape the conclusion that foreign powers invariably receive a bloody nose when they intervene in Iraq.”—Justin Marozzi, Literary Review

“It is a harrowing story of a failure of strategic vision, policy drift, a massive disunity of effort, and poor execution. For the soldiers tasked with implementing the campaign, it truly was a ‘desert hell.’”—Mackubin Thomas Owens, The Weekly Standard

“Townshend has written more than a campaign history; his book pays equal attention to civil affairs and diplomacy, following events to the establishment of the Iraqi monarchy in 1921.”—J. R. Breihan, Choice

“Once its troops defeated the fading Ottoman forces, Britain had to deal with unanticipated long-term responsibilities. In a book packed with colorful personalities and military and political details, Townshend’s focus on these painful war years spurs the reader to wonder whether 21st-century American leaders would have been more cautious about Iraq if they’d understood this history.”—Elizabeth R. Hayford, Library Journal