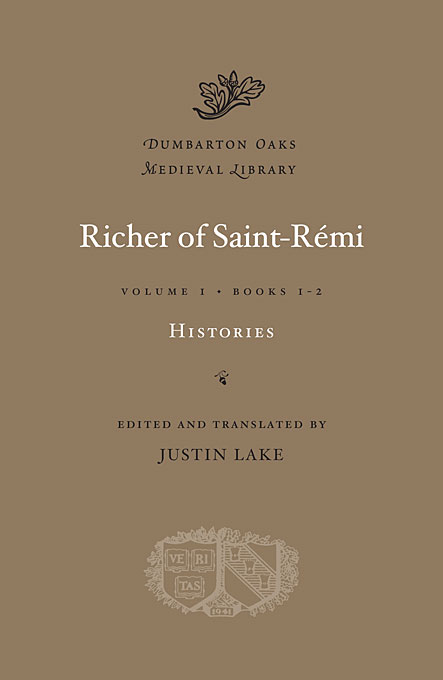 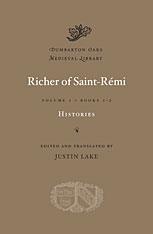 Edited and translated by Justin Lake

The Historia of Richer of Saint-Rémi (ca. 950–ca. 1000), an invaluable source for understanding tenth-century West Francia (present-day France), provides a rare contemporary account of the waning Carolingian dynasty, accession of Hugh Capet, and failed rebellion of Charles of Lorraine. Beginning in 888, the Historia surveys a tumultuous century in which two competing dynasties struggled for supremacy, while great magnates seized upon the opportunity to carve out their own principalities. Richer’s descriptive talents are on display as he tells of synods and coronations, deception and espionage, battles and sieges, disease and death, and even the difficulties of travel.

The Historia also sheds light on a controversial figure of the Middle Ages, the legendary cleric and scholar Gerbert of Aurillac. Gerbert, the dedicatee of the Historia, rose from humble beginnings to become archbishop of Rheims, archbishop of Ravenna, and eventually pope (as Sylvester II). The Historia contains a fascinating description of his teaching at the cathedral school of Rheims, where his innovations involved instruments such as the monochord, armillary sphere, and abacus.

Translated into English here for the first time, the Historia holds particular attractions for historians and for anyone interested in the cultural and intellectual developments in the Latin West around the year 1000.