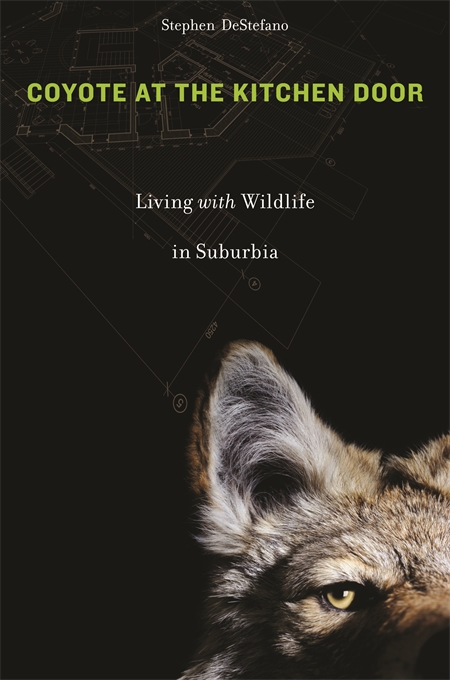 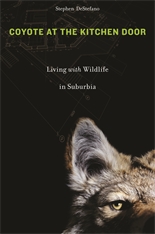 Coyote at the Kitchen Door

Living with Wildlife in Suburbia

A moose frustrates commuters by wandering onto the highway; a cougar stalks his prey through suburban backyards; an alligator suns himself in a strip mall parking lot. Such stories, which regularly make headline news, highlight the blurred divide that now exists between civilization and wilderness.

In Coyote at the Kitchen Door, Stephen DeStefano draws on decades of experience as a biologist and conservationist to examine the interplay between urban sprawl and wayward wildlife. As he explores what our insatiable appetite for real estate means for the health and well-being of animals and ourselves, he highlights growing concerns, such as the loss of darkness at night because of light pollution. DeStefano writes movingly about the contrasts between constructed and natural environments and about the sometimes cherished, sometimes feared place that nature holds in our modern lives, as we cluster into cities yet show an increasing interest in the natural world.

Woven throughout the book is the story of one of the most successful species in North America: the coyote. Once restricted to the prairies of the West, this adaptable animal now inhabits most of North America—urban and wild alike. DeStefano traces a female coyote’s movements along a winding path between landscapes in which her species learned to survive and flourish. Coyote at the Kitchen Door asks us to rethink the meaning of progress and create a new suburban wildlife ethic.