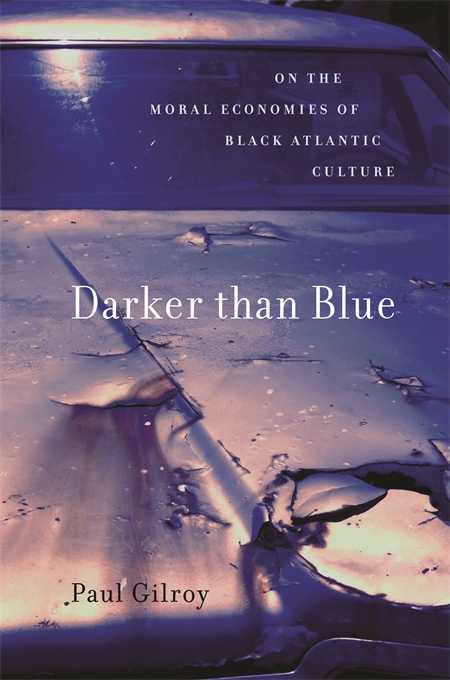 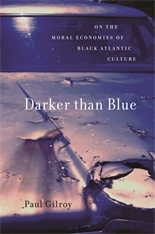 On the Moral Economies of Black Atlantic Culture

“If the moral force of Baldwin’s writing was fuelled by the solidarity of the Civil Rights movement, Gilroy’s book is a warning of moral bankruptcy creeping into contemporary U.S. black culture. According to Gilroy, commodities have replaced community, and the spirit of the freedom marches has been overtaken by the roar of accessorized Hummers. This is not simply a curmudgeonly critique of contemporary culture, and Gilroy teases out the reasons why the moral energy that galvanized the Civil Rights movement has been diluted by corporate American life in three penetrating and exhilarating chapters.”—Douglas Field, The Times Literary Supplement

“Gilroy offers a shrewd and invigorating discussion—originally delivered as the W. E. B. Du Bois lectures at Harvard University—poised on the fraught intersections of race, class, and status present in the overlapping histories of African-American popular culture, the automobile as American capitalism’s ‘ur-commodity,’ and the race-coded global reach of American style. Paying special attention to musical vernacular—from Robert Johnson to 50 Cent—Gilroy’s stimulating reappraisal of the seductions of car culture underscores how status improvement for minorities has shifted from acquiring rights to acquiring objects. At the same time, he argues for the anticonsumerist notes struck by such ‘responsible troubadours’ as Marvin Gaye and Bob Marley. Gilroy demonstrates how understanding black experience is crucial in any serious study of modernity itself, at a time when global capitalism trades evermore in American-inflected styles of ‘blackness,’ while simultaneously maintaining and reinforcing lines of racial and class subjugation… [A] highly rewarding read for anyone interested in the social and political significance of mass culture or the historically laden language of human rights in a postcolonial age.”—Publishers Weekly

“Paul Gilroy’s most important gift to cultural criticism is the deft manner in which he finds novel ways to explicate his great concern: the interweaving of ethics and aesthetics, through the example of the African American tradition. In Darker than Blue, Gilroy brilliantly examines some basic tensions within African American culture—in particular the changing relation, over the past half-century especially, between expressions of group consciousness and atomistic individualism. Gilroy is delightfully curious and rigorously analytical, making this book a pleasure to read and to argue with. It reaffirms his position as one of the leading cultural critics of our time.”—Henry Louis Gates, Jr., Alphonse Fletcher University Professor, Harvard University

“No one writes about black music with more warmth and authority, urgency and conscience, than Paul Gilroy. With sentences jagged as bumpers, Darker than Blue focuses Gilroy’s planetary attention on consumption and mobility in ways that open afresh the cases of Bob Marley and Jimi Hendrix, Robert Johnson and Charlie Christian. Suddenly they seem brand-new destination points on Gilroy’s ethical compass.”—W.T. Lhamon, Jr., author of Deliberate Speed and Raising Cain