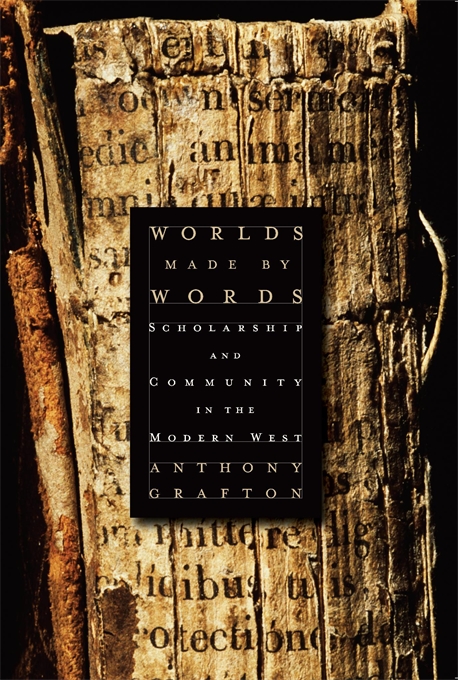 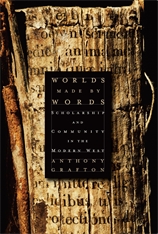 Worlds Made by Words

Scholarship and Community in the Modern West

In this book Anthony Grafton lets us in on one of the great secrets of scholars and intellectuals: although scholars lead solitary lives in order to win independence of mind, they also enjoy the conviviality of sharing a project sustained by common ideals, practices, and institutions. It’s like Masonry, but without the secret handshakes.

Grafton reveals the microdynamics of the scholarly life through a series of essays on institutions and on scholars ranging from early modern polymaths to modern intellectual historians to American thinkers and writers. He takes as his starting point the republic of letters—that loose society of intellectuals that first took shape in the sixteenth century and continued into the eighteenth. Its inhabitants were highly original, individual thinkers and writers. Yet as Grafton shows, they were all formed, in some way, by the very groups and disciplines that they set out to build.

In our noisy, caffeinated world it has never been more challenging to be a scholar. When many of our fellow citizens seem to have forgotten why we collect books in the buildings we call libraries, Grafton’s engaging, erudite essays could be a rallying cry for the revival of the liberal arts.