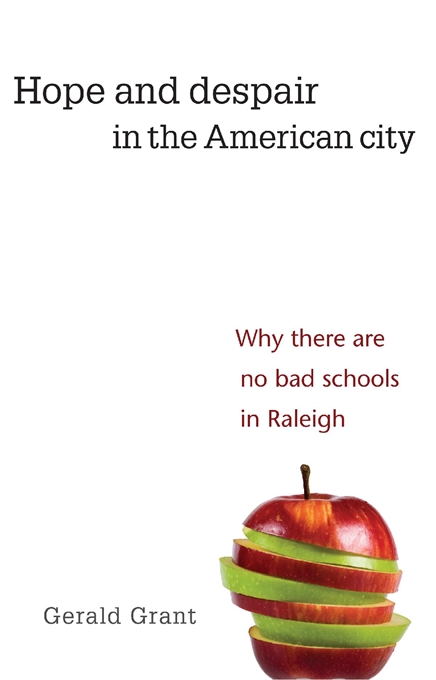 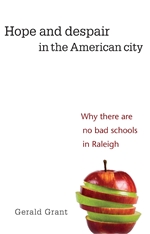 Hope and Despair in the American City

Why There Are No Bad Schools in Raleigh

In 1972, the U.S. Supreme Court handed down a 5–4 verdict in Milliken v. Bradley, thereby blocking the state of Michigan from merging the Detroit public school system with those of the surrounding suburbs. This decision effectively walled off underprivileged students in many American cities, condemning them to a system of racial and class segregation and destroying their chances of obtaining a decent education.

In Hope and Despair in the American City, Gerald Grant compares two cities—his hometown of Syracuse, New York, and Raleigh, North Carolina—in order to examine the consequences of the nation’s ongoing educational inequities. The school system in Syracuse is a slough of despair, the one in Raleigh a beacon of hope. Grant argues that the chief reason for Raleigh’s educational success is the integration by social class that occurred when the city voluntarily merged with the surrounding suburbs in 1976 to create the Wake County Public School System. By contrast, the primary cause of Syracuse’s decline has been the growing class and racial segregation of its metropolitan schools, which has left the city mired in poverty.

Hope and Despair in the American City is a compelling study of urban social policy that combines field research and historical narrative in lucid and engaging prose. The result is an ambitious portrait—sometimes disturbing, often inspiring—of two cities that exemplify our nation’s greatest educational challenges, as well as a passionate exploration of the potential for school reform that exists for our urban schools today.