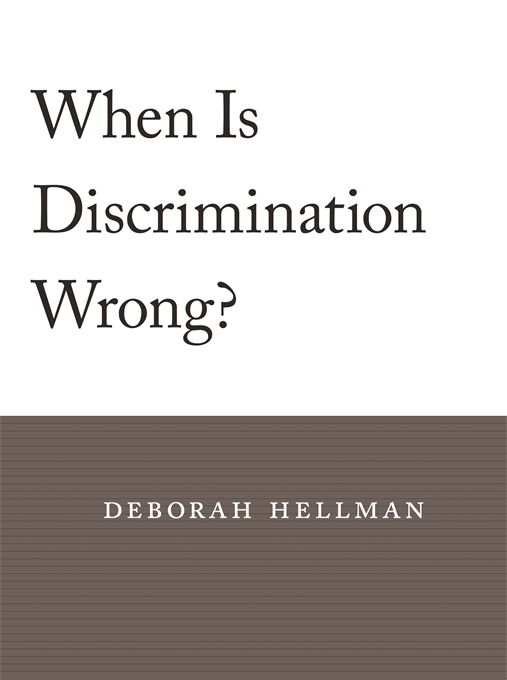 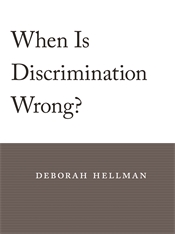 When Is Discrimination Wrong?

A law requires black bus passengers to sit in the back of the bus. The U.S. Food and Drug Administration approves a drug for use by black heart failure patients. A state refuses to license drivers under age 16. A company avoids hiring women between the ages of 20 and 40. We routinely draw distinctions among people on the basis of characteristics that they possess or lack. While some distinctions are benign, many are morally troubling.

In this boldly conceived book, Deborah Hellman develops a much-needed general theory of discrimination. She demonstrates that many familiar ideas about when discrimination is wrong—when it is motivated by prejudice, grounded in stereotypes, or simply departs from merit-based decision-making—won’t adequately explain our widely shared intuitions.

Hellman argues that, in the end, distinguishing among people on the basis of traits is wrong when it demeans any of the people affected. She deftly explores the question of how we determine what is in fact demeaning.

Claims of wrongful discrimination are among the most common moral claims asserted in public and private life. Yet the roots of these claims are often left unanalyzed. When Is Discrimination Wrong? explores what it means to treat people as equals and thus takes up a central problem of democracy.