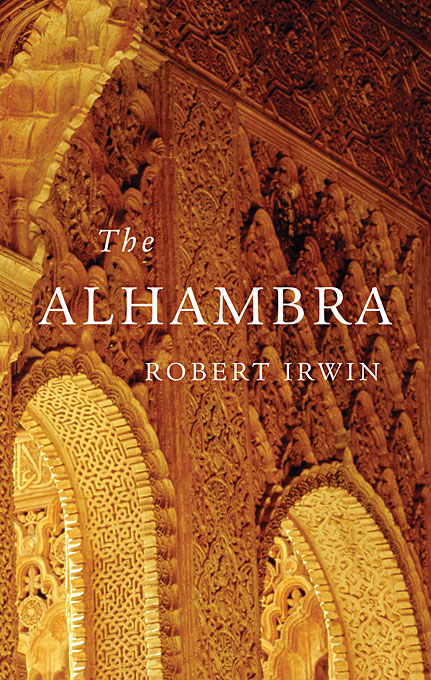 The Alhambra has long been a byword for exotic and melancholy beauty. In his absorbing new book, Robert Irwin, Arabist and novelist, examines its history and allure.

The Alhambra is the only Muslim palace to have survived since the Middle Ages. Built by a threatened dynasty of Muslim Spain, it was preserved as a monument to the triumph of Christianity. Every day thousands of tourists enter this magnificent site to be awestruck by its towers and courts, its fountained gardens, its honeycombed ceilings and intricate tile work. It is a complex full of mysteries—even its purpose is unclear. Its sophisticated ornamentation is not indiscriminate but full of hidden meaning. Its most impressive buildings were designed not by architects, but by philosophers and poets. The Alhambra, which resembles a fairy-tale palace, was constructed by slave labor in an era of economic decline, plague, and political violence. Its sumptuously appointed halls have lain witness to murder and mayhem. Yet its influence on art and on literature—including Orientalist painting and the architecture of cinemas, Washington Irving and Jorge Luis Borges—has been lasting and significant. As our guide to this architectural masterpiece, Robert Irwin allows us to fully understand the impact of the Alhambra.