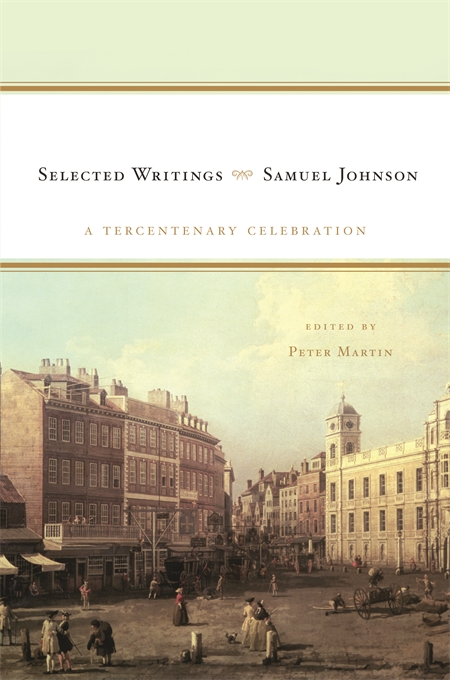 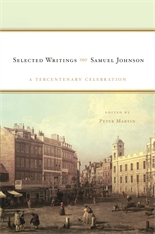 Thanks to Boswell’s monumental biography of Samuel Johnson, we remember Dr. Johnson today as a great wit and conversationalist, the rationalist epitome and the sage of the Enlightenment. He is more often quoted than read, his name invoked in party conversation on such diverse topics as marriage, sleep, deceit, mental concentration, and patriotism, to generally humorous effect. But in Johnson’s own day, he was best known as an essayist, critic, and lexicographer: a gifted writer possessed of great force of mind and wisdom. Writing a century after Johnson, Ruskin wrote of Johnson’s essays: He “taught me to measure life, and distrust fortune…he saved me forever from false thoughts and futile speculations.” Peter Martin here presents “the heart of Johnson,” a selection of some of Johnson’s best moral and critical essays. At the center of this collection are the periodical essays from the Rambler, Adventurer, and Idler. Also included are Johnson’s great moral fable, Rasselas; the Prefaces to the Dictionary and his edition of Shakespeare; and selections from Lives of the Poets. Together, these works—allied in their literary, social, and moral concerns—are the ones that continue to speak urgently to readers today.

Published for Johnson’s 300th birthday, this tercentenary cloth gift edition introduces readers to Dr. Johnson’s wisdom and the great pleasures of his prose. In a general introduction, Peter Martin places his selections in their biographical and literary contexts, and reminds us why Johnson continues to matter.