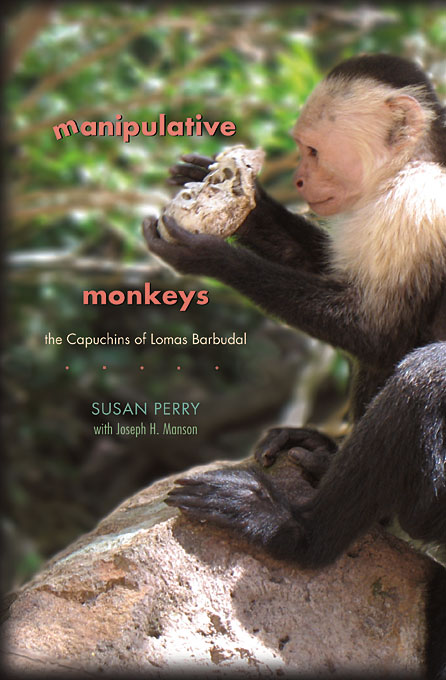 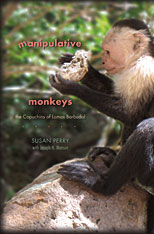 The Capuchins of Lomas Barbudal

With their tonsured heads, white faces, and striking cowls, the monkeys might vaguely resemble the Capuchin monks for whom they were named. How they act is something else entirely. They climb onto each other’s shoulders four deep to frighten enemies. They test friendship by sticking their fingers up one another’s noses. They often nurse—but sometimes kill—each other’s offspring. They use sex as a means of communicating. And they negotiate a remarkably intricate network of alliances, simian politics, and social intrigue. Not monkish, perhaps, but as we see in this downright ethnographic account of the capuchins of Lomas Barbudal, their world is as complex, ritualistic, and structured as any society.

Manipulative Monkeys takes us into a Costa Rican forest teeming with simian drama, where since 1990 primatologists Susan Perry and Joseph H. Manson have followed the lives of four generations of capuchins. What the authors describe is behavior as entertaining—and occasionally as alarming—as it is recognizable: the competition and cooperation, the jockeying for position and status, the peaceful years under an alpha male devolving into bloody chaos, and the complex traditions passed from one generation to the next. Interspersed with their observations of the monkeys’ lives are the authors’ colorful tales of the challenges of tropical fieldwork—a mixture so rich that by the book’s end we know what it is to be a wild capuchin monkey or a field primatologist. And we are left with a clear sense of the importance of these endangered monkeys for understanding human behavioral evolution.