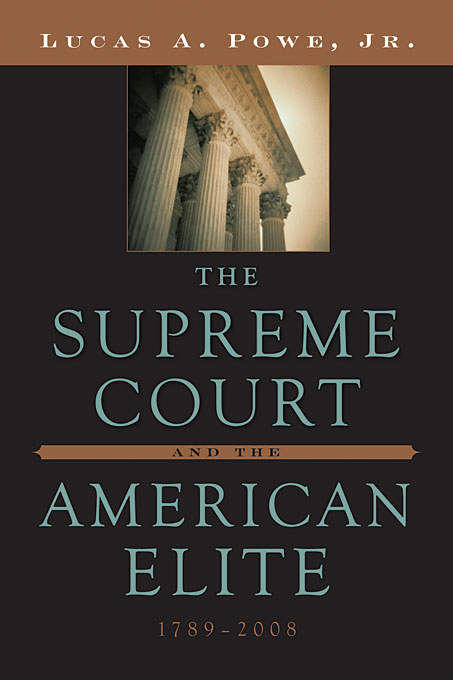 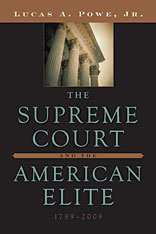 “The Supreme Court follows the election returns,” the fictional Mr. Dooley observed a hundred years ago. And for all our ideals and dreams of a disinterested judiciary, above the political fray, it seems Mr. Dooley was right. In this engaging—and disturbing—book, a leading historian of the Court reveals the close fit between its decisions and the nation’s politics.

The story begins with the creation of the Constitution and ends with the June 2008 decisions on the rights of detainees at Guantánamo Bay. Rendering crisp (and often controversial) judgments on key decisions from Marbury v. Madison to the War on Terror, Lucas Powe shows how virtually every major Supreme Court ruling, however deftly framed in constitutional terms, suited the wishes of the most powerful politicians of the time. This history reflects a changing Court, from the country’s early struggles over commerce and transportation to the torturous justifications of slavery before the Civil War, to a post–New Deal interest in ending segregation, controlling criminal procedure, and addressing knotty questions arising from the Cold War. Through all of this the Court emerges as part of a ruling regime, doing its best to implement the regime’s policies.

Drawing on more than four decades of thinking about the Supreme Court and its role in the American political system, this book offers a new, clear, and troubling perspective on American jurisprudence, politics, and history.