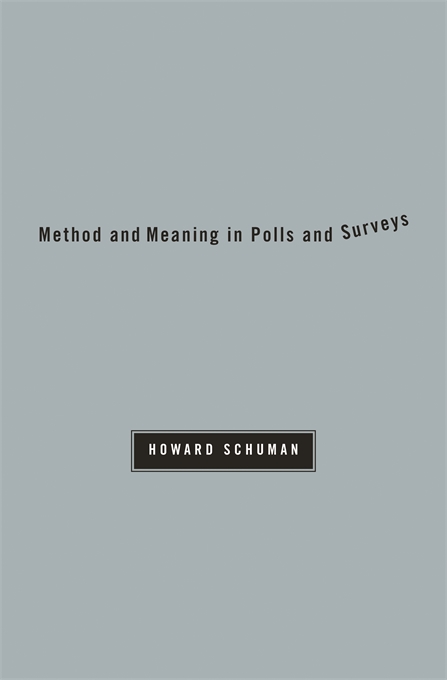 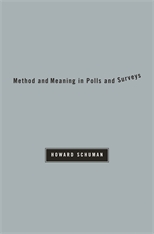 Method and Meaning in Polls and Surveys

Howard Schuman is one of the premier scholars of social surveys. His expertise concerns the way questions about attitudes and beliefs are worded and the effects questions have on the answers people give. However, Method and Meaning in Polls and Surveys is less about the substance of wording effects and more about approaches to interpreting the respondent’s world, and how surveys can make that world understandable—though often in ways not anticipated by the researcher.

Schuman examines the question–answer process that is basic to polls and surveys, as it is in so much of life. His concern is with the nature of questioning itself, with issues of validity and bias, and with the scope and limitations of meaning sought through polls and surveys.

Writing with both wisdom and humor, Schuman considers the issues both at a theoretical level, bringing in ideas from other social sciences, and empirically with substantive research of his own and others. The book will be of interest to social scientists, to survey researchers in academia and business, and to all those concerned with the pervasive influence of polls in society.