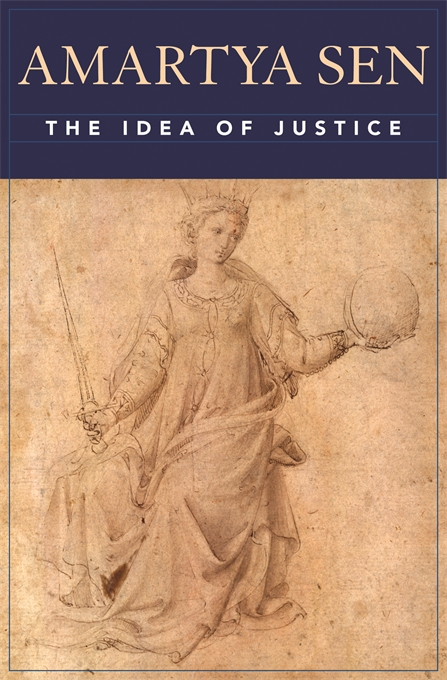 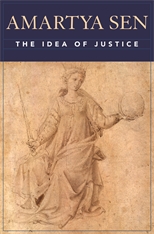 The Idea of Justice

“[A] majestic book… Reading The Idea of Justice is like attending a master class in practical reasoning. You can’t help noticing you are engaging with a great, deeply pluralistic, mind… This is a monumental work.”—Ziauddin Sardar, The Independent

“In The Idea of Justice Sen orchestrates his many contributions and achievements into a distinctive position on justice… How the current revival of political philosophy will influence future generations is impossible to predict. But it’s a safe bet that the debates will be of world-historical importance, and that Sen’s ideas about justice, social choice theory, and the capabilities approach to assessing well-being will make a crucial contribution to them.”—Samuel Freeman, The New York Review of Books

“[Sen’s] magnum opus on a line of work he’s long addressed and now thoroughly re-examines: justice theory… In repeatedly bringing back into the discussion Adam Smith’s Theory of Moral Sentiments, Sen signals the need for justice theory to reconnect to realistic human psychology, not the phony formal rationalism that infects modern economics or the for-sake-of-argument altruism that anchors Rawls’s project.”—Carlin Romano, The Chronicle of Higher Education

“In the courtliest of tones, Mr. Sen charges John Rawls, an American philosopher who died in 2002, with sending political thinkers up a tortuous blind alley. The Rawlsian project of trying to describe ideally just institutions is a distracting and ultimately fruitless way to think about social injustice, Mr. Sen complains. Such a spirited attack against possibly the most influential English-speaking political philosopher of the past 100 years will alone excite attention. The Idea of Justice serves also as a commanding summation of Mr. Sen’s own work on economic reasoning and on the elements and measurement of human well-being… Mr. Sen writes with dry wit, a feel for history and a relaxed cosmopolitanism… The Idea of Justice is a feast… Nobody can reasonably complain any longer that they do not see how the parts of Mr. Sen’s grand enterprise fit together… Mr. Sen ends, suitably, with democracy. It can take many institutional forms, he says. But none succeeds without open debate about values and principles. To that vital element in public reason, as he calls it, The Idea of Justice is a contribution of the highest rank.”—The Economist

“Sen’s whole book is a cornucopia of commonsense humane advice combined with analytical insight, and far wiser than those thinkers who try to derive all their recommendations from one usually questionable overriding value.”—Samuel Brittan, Financial Times

“In this intricate, endlessly thought-provoking book, Sen brings the full force of his formidable mind and his moral sense to show how specific questions—of chronic malnourishment, ill-health, demographic gender imbalance—must be analysed in terms of justice. Doing something about them is not a discretionary matter—it is a requirement of being human. Sen is the most sophisticated intellectual campaigner of our times—his arguments have shaped not just academic disciplines but the policies of governments and of global institutions like the World Bank.”—Sunil Khilnani, Financial Times

“The Idea of Justice is…grand in the best sense of the word, taking on difficult subjects, and respectfully following centuries of philosophical debate while imaginatively rethinking them… [It] will undoubtedly set many future agendas for social research… The Idea of Justice marries economic and political analysis to moral reasoning, and this is among the most important elements of this volume… The Idea of Justice transcends political convention, expansively and elegantly. Read it front to back as a logical rethinking of classical political theory; read it back to front as an agenda of pressing, shared concerns. Either way, this is a volume worth its considerable weight and length. In an era typified by increasingly contentious politics, violent challenges to states and societies, and elusive (and often ignored) norms for global political engagement, The Idea of Justice is a call for civility in the best sense of the word, and a model of gracious intellectual engagement.”—Paula Newberg, The Globe and Mail

“I depart feeling challenged, invigorated, and questioning after my encounter with one of the most remarkable thinkers alive today.”—Sholto Byrnes, The Independent

“Sen has given us a magisterial treatment of a moral and philosophical problem which touches us from the cradle to the grave. The work bids to replace John Rawls and his predecessors back to Hobbes and Locke as the model and paragon of theoretical analysis on the idea of justice… A compelling read.”—Bill McSweeney, The Irish Times

“This is an essential book; it sums up and extends the contributions of one of the world’s leading thinkers about justice.”—David Gordon, Library Journal

“Clearly the place to start for ascertaining how [Sen’s] views fit together into a unique and inspiring position on justice.”—Samuel Moyn, The Nation

“[Sen’s] book quite radically attempts to shift the grounds of the conversation [about justice] altogether. It seeks to provide a counter-framework rather than a counter-theory. And this is only one of its many admirable ambitions… The repudiation of the economicist account of life is one of this book’s most valuable achievements… The spectacle of an economist rejecting a purely economic understanding of the individual is delightful to behold. And this wise and deep position—focusing on a comparative, results-oriented approach, which is measured by the actual capabilities that it offers human beings—is not based on Sen’s arguments alone, important and penetrating as they are. His position expresses also a larger sensibility that is anchored in his exceptional range of thought and his lifelong commitments. Besides what he describes as his love affair with philosophy, he is a world-renowned economist and one of the greatest public intellectuals of India, who has been a leading voice for social and economic reforms, breaking new ground in the analysis of gender inequality, famine, and illiteracy. Sen’s range is amazing. His intimacy with the Hindu, Buddhist, and Muslim cultures of India, which is beautifully woven into the book, gives him access to a far greater range of argumentation and reasoning than is common among philosophers who were educated exclusively in the Western analytical tradition. His knowledge of this vast cultural history, and his profound respect for it, is an important source of Sen’s humility in recognizing the essential plurality of legitimate claims—in rejecting any sort of monism in the life of the mind… His work—in its simultaneous affirmation of the universal and the particular—serves as an eloquent and humane testimony to the power of reason, which respects (when it is honest and attends to the integrity of its arguments) the multiplicity of voices and traditions. Reason seeks truth wherever it may be found, and so, like the author of this genuinely important book, it travels widely, and may find support near and far.”—Moshe Halbertal, The New Republic

“Sen’s magisterial critique of the dominant mode of liberal political philosophy, which chases after the chimera of an ideally just society rather than identifying existing injustices, confirmed him as the English-speaking world’s pre-eminent public intellectual. By 2009, leading politicians from all sides were falling over themselves to claim Sen as their own.”—New Statesman

“Sen’s stimulating and eloquent new work is in some ways a commentary on Rawls, but its refinements give his arguments greater applicability.”—The New Yorker

“Characteristically clear and powerful… This book is a distillation of so much that has come to be associated with Sen, and reading these new formulations is truly humbling. The intellectual clarity, the ability to create conceptually innovative distinctions, the broad range of historical learning from sources across the world, the powerful use of examples, but perhaps most importantly, the deep humanity and faith in a certain form of non-utopian progress all vividly shine through.”—Pratap Bhanu Mehta, Outlook

“The must-read of 2009 is The Idea of Justice.”—Christopher Lee, The Scotsman

“Polymathic brilliance among scholars is now generally agreed to be a thing of the past. The advance of knowledge means that providing intellectual leadership in economics, political theory and philosophy, as John Stuart Mill did, is not possible… But someone forgot to tell all this to Amartya Sen.”—Richard Reeves, The Sunday Times

“Sen is one of the great thinkers of our era, and his writings range from discursive and luminous interventions on great modern questions, such as identity and famine, to major complex works on political philosophy. At a moment when many are wondering whether there couldn’t be a better world than that preceding the credit crunch, and better lives to be led, Sen is publishing… The Idea of Justice, an attempt to construct a new way of understanding what a more just world might be like… If a public intellectual is defined by his or her capacity to bridge the worlds of pure ideas and the most far-reaching policies, Sen has few rivals… Sen’s revolutionary idea is that of capability, the capacity that people have for living and choosing how to live a good life. A good idea of justice concerns enhancing capability.”—David Aaronovitch, The Times

“A major critical analysis and synthesis. Sen’s inclusive approach transcends the many important scholars and viewpoints that he analyzes. The Idea of Justice presents a set of considerations on justice of importance to both the academic community and to the world of policy formation.”—Kenneth Arrow, Nobel Laureate in Economics, Stanford University

“In lucid and vigorous prose, The Idea of Justice gives us a political philosophy that is dedicated to the reduction of injustice on Earth rather than to the creation of ideally just castles in the air. Amartya Sen brings political philosophy face to face with human aspiration and human deprivation in the real world, to whose improvement he has devoted his intellectual life.”—G. A. Cohen, University of Oxford

“The most important contribution to the subject since John Rawls’ A Theory of Justice. Sen argues that what we urgently need in our troubled world is not a theory of an ideally just state, but a theory that can yield judgments as to comparative justice, judgments that tell us when and why we are moving closer to or farther away from realizing justice in the present globalized world.”—Hilary Putnam, Harvard University

“Few contemporary thinkers have had as much direct impact on world affairs as Amartya Sen. Wonderfully lucid. An invaluable compass for all those who fight injustice around the world.”—Philippe Van Parijs, Louvain University