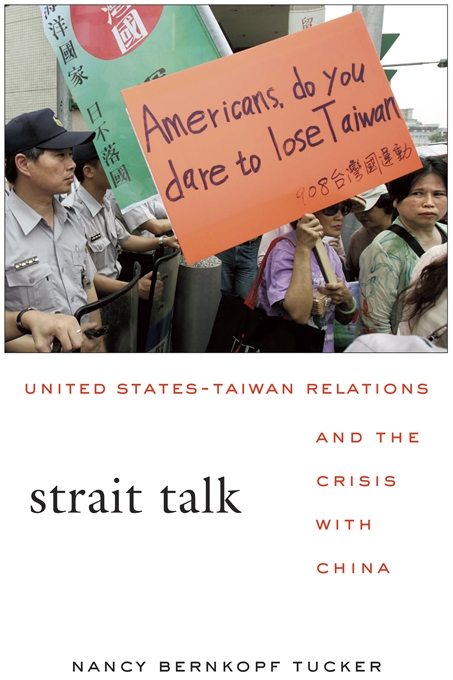 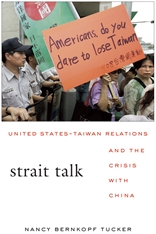 United States-Taiwan Relations and the Crisis with China

“Although Washington’s Taiwan policy has been outwardly clear and consistent since 1972—defined by the so-called communiqué framework and the Taiwan Relations Act—Tucker shows that the actual negotiation record from Richard Nixon to George W. Bush was rife with confusion and mistrust. She focuses on the less-studied Washington–Taipei leg of the Beijing–Washington–Taipei triangle, tracing the interaction of policies and personalities with a level of detail made possible by extensive interviews and archival research and with a clarity of judgment made possible by a long familiarity with most of the protagonists. Tucker acknowledges that U.S. grand strategy during this time enjoyed some successes: China became a counterweight to the Soviet Union, and Taiwan survived. But she argues that the United States repeatedly yielded more to China than it had to, and the shoddy way it treated Taiwan created a legacy of mistrust not only in Taipei but also among allies throughout the region.”—Andrew J. Nathan, Foreign Affairs

“An important work that will make a strong impact and be widely read. Tucker argues that relations between the U.S. and Taiwan, and between the U.S. and China, are difficult today because successive American administrations knowingly created expectations in Taipei and Beijing that could not be met. She concludes that real progress in these relationships will require the United States to build trust. This book should provoke introspection in Washington, and will help readers everywhere understand this complex relationship.”—Shelley Rigger, author of Politics in Taiwan: Voting for Democracy

“For nearly six decades, Taiwan has bedeviled U.S. foreign policy in East Asia, complicated the U.S. relationship with the People’s Republic of China, and generated domestic passions of unusual intensity. Tucker provides a detailed and fascinating look at the policies and people, the mistakes and triumphs that have shaped U.S. relations with Taiwan. Readers will emerge with a far better appreciation of the reasons why she points to confrontation in the Taiwan Strait as ‘the single most dangerous challenge for the United States in the world.’”—J. Stapleton Roy, former U.S. ambassador to China

“A signal contribution to an understanding of the desperately complex diplomatic history of Taiwan and the United States, this will become the ‘go-to’ book on the cross-Taiwan Strait problem.”—Alan M. Wachman, author of Why Taiwan? Geostrategic Rationales for China’s Territorial Integrity