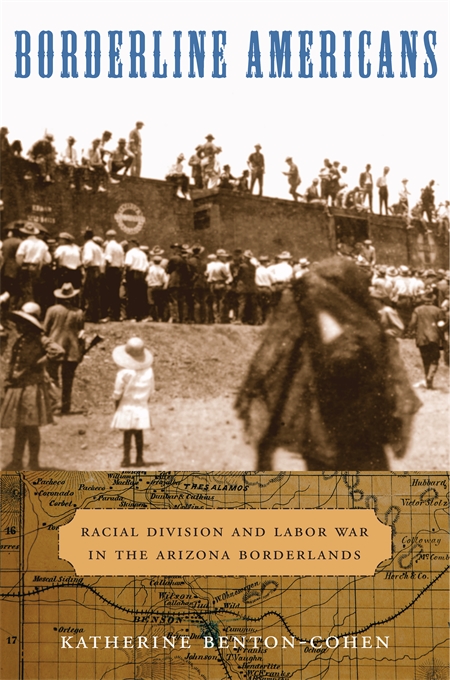 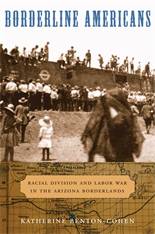 Racial Division and Labor War in the Arizona Borderlands

“A splendid study of the contested meaning of ‘American’ from the 1880s through the New Deal, this is an episodic case study of Cochise County, Arizona, best known as the locus for the gunfight at the OK Corral.”—E. R. Crowther, Choice

“Benton-Cohen uses the backdrop of the Wild West, with its bustling commerce and growing population, to wage a discussion on racial division and the power of ‘white privilege’—even where the black-white dichotomy didn’t necessarily exist—in this richly detailed anthropological look into the creation of racial boundaries and their application in present-day immigration reform debates.”—Publishers Weekly

“Combining the remarkable investigative talents of an ace sleuth with the lucid prose of an accomplished storyteller, Katherine Benton-Cohen shows how a deceptively simple question—who is an American?—shaped everyday life for the polyglot peoples of Arizona’s Cochise County. Especially insightful, and particularly troubling, is her account of the hardening of racial categories along the U.S.–Mexican border. Anyone who cares about the historical origins of contemporary debates about race, immigration, and power will need to reckon with the stories of the ‘borderline Americans’ whose lives Benton-Cohen reconstructs with such grace and compassion.”—Thomas G. Andrews, author of Killing for Coal: America’s Deadliest Labor War

“This book not only offers drama, but it will change the way that historians think about race, labor and gender in the southwestern US. In fact, it points to rethinking what Americanism was and is.”—Linda Gordon, author of The Great Arizona Orphan Abduction

“Benton-Cohen has crafted a jewel of social history, the most insightful local study I have read in years. Her absorbing narrative will turn Cochise County, ‘a place in the middle of nowhere,’ into a memorable location for anyone who cares about the tortured, fascinating history of race in modern America.”—Michael Kazin, author of A Godly Hero: The Life of William Jennings Bryan

“In a beautifully written book, Benton-Cohen provides a compelling exploration of race in the Arizona borderlands. She has a talent for grabbing readers’ attention, for assembling a fascinating cast of characters—ranging from Geronimo to Felix Frankfurter—and for heightening the anticipation of her audience. Her descriptions of small towns are as lively as her accounts of nasty labor conflicts, and I was so eager to find out what she had to say about the Bisbee Deportation that I found the book hard to put down.”—Peggy Pascoe, author of What Comes Naturally: Miscegenation Law and the Making of Race in America

“The Arizona–Sonora borderland is a messy, volatile place where American authorities have worked hard to draw neat, static lines. In this lively and revealing book, we see that the boundaries that have divided space and inscribed race are products of history, not nature or fate. When you visit this country, it’s good to have a guide, and you’ll find none better than Benton-Cohen.”—Virginia Scharff, author of Twenty Thousand Roads: Women, Movement, and the American West