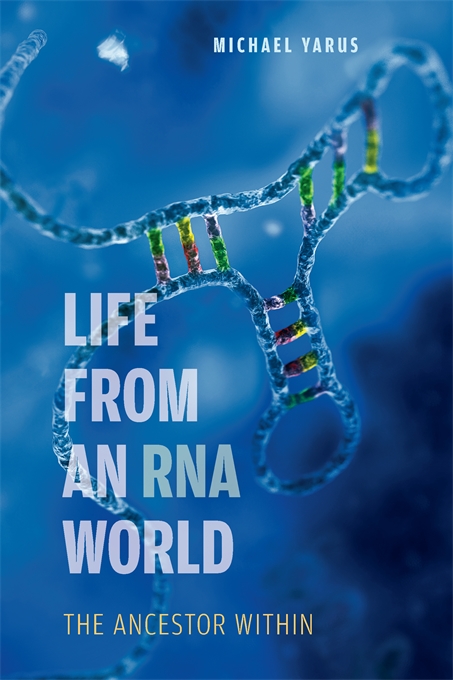 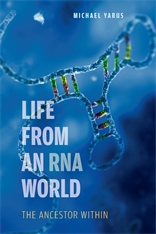 Life from an RNA World

A majority of evolutionary biologists believe that we now can envision our biological predecessors—not the first, but nearly the first, living beings on Earth. Life from an RNA World is about these vanished forebears, sketching them in the distant past just as their workings first began to resemble our own. The advances that have made such a pursuit possible are rarely discussed outside of bio-labs. So here, says author Michael Yarus, is an album for interested non-biologists, an introduction to our relatives in deep time, slouching between the first rudimentary life on Earth and the appearance of more complex beings.

The era between, and the focus of Yarus’ work, is called the RNA world. It is RNA (ribonucleic acid)—long believed to be a mere biologic copier and messenger—that offers us this glimpse into our ancient predecessors. To describe early RNA creatures, here called “ribocytes” or RNA cells, Yarus deploys some basics of molecular biology. He reviews our current understanding of the tree of life, examines the structure of RNA itself, explains the operation of the genetic code, and covers much else—all in an effort to reveal a departed biological world across billions of years between its heyday and ours.

Courting controversy among those who question the role of “ribocytes”—citing the chemical fragility of RNA and the uncertainty about the origin of an RNA synthetic apparatus—Yarus offers an invaluable vision of early life on Earth. And his book makes that early form of life, our ancestor within, accessible to all of us.