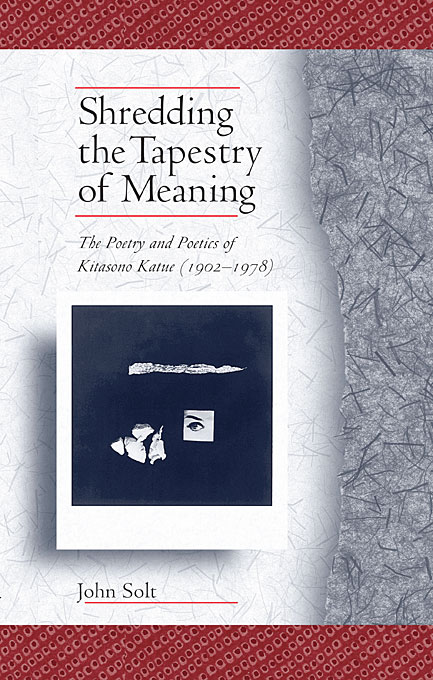 Shredding the Tapestry of Meaning

Kitasono Katue was a leading avant-garde literary figure, first in Japan and then throughout the world, from the 1920s to the 1970s. In his long career, Kitasono was instrumental in creating Japanese-language work influenced by futurism, dadaism, and surrealism before World War II and in contributing a Japanese voice to the international avant-garde movement after the war.

This critical biography of Kitasono examines the life, poetry, and poetics of this controversial and flamboyant figure, including his wartime support of the Japanese state. Using Kitasono as a window on Japanese literature in the twentieth century, John Solt analyzes the relationship of Japanese writers to foreign literary movements and the influence of Japanese writers on world literature.