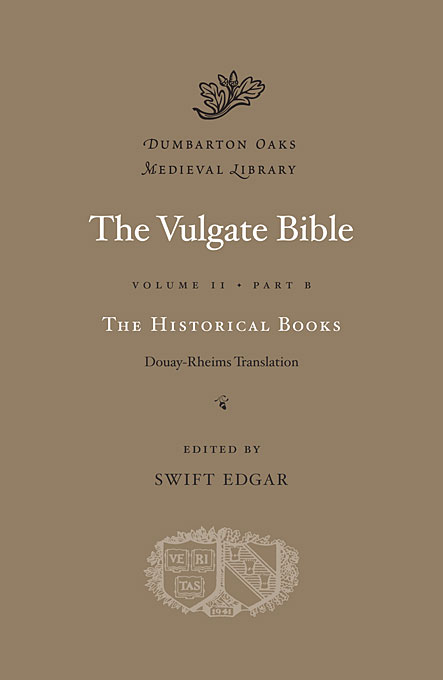 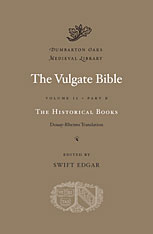 This is the second volume, in two parts, of a six-volume set of the complete Vulgate Bible.

Compiled and translated in large part by Saint Jerome at the turn of the fifth century CE, the Vulgate Bible was used from the early medieval period through the twentieth century in the Western Christian (and later specifically Catholic) tradition. It influenced literature, visual arts, music, and education during the Middle Ages and Renaissance, and its contents lay at the heart of Western theological, intellectual, artistic, and even political history during that period. At the end of the sixteenth century, as Protestant vernacular Bibles became available, professors at a Catholic college first at Douay, then at Rheims, translated the Vulgate Bible into English, primarily to combat the influence of rival theologies.

Volume II presents the Historical Books of the Bible, which tell of Joshua’s leading the Israelites into the Promised Land, the judges and kings, Israel’s steady departure from God’s precepts, the Babylonian Captivity, and the return from exile. The focus then shifts to shorter, intimate narratives: the pious Tobit, whose son’s quest leads him to a cure for his father’s blindness; Judith, whose courage and righteousness deliver the Israelites from the Assyrians; and Esther and Mordecai, who saved all the Jews living under Ahasuerus from execution. These three tales come from books that were canonical in the Middle Ages but now are often called “apocryphal,” with the partial exception of the Book of Esther.