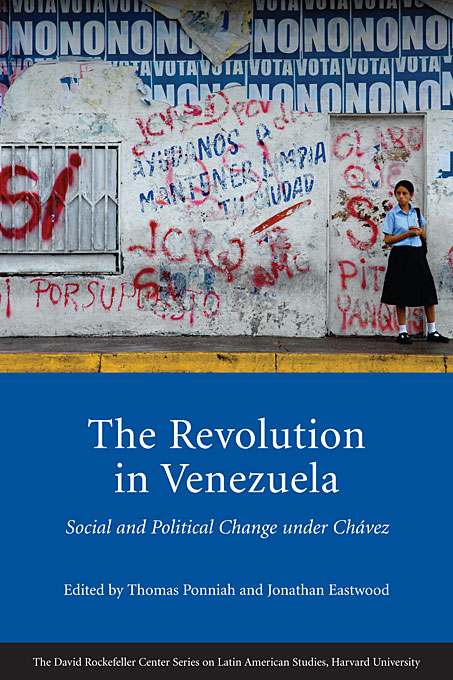 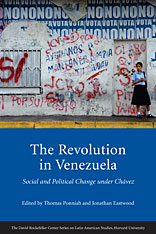 The Revolution in Venezuela

Social and Political Change under Chávez

Is Venezuela’s Bolivarian revolution under Hugo Chávez truly revolutionary? Most books and articles tend to view the Chávez government in an either-or fashion. Some see the president as the shining knight of twenty-first-century socialism, while others see him as an avenging Stalinist strongman. Despite passion on both sides, the Chávez government does not fall easily into a seamless fable of emancipatory or authoritarian history, as these essays make clear.

A range of distinguished authors consider the nature of social change in contemporary Venezuela and explore a number of themes that help elucidate the sources of the nation’s political polarization. The chapters range from Fernando Coronil’s “Bolivarian Revolution,” which examines the relationship between the state’s social body (its population) and its natural body (its oil reserves), to an insightful look at women’s rights by Cathy A. Rakowski and Gioconda Espina. This volume shows that, while the future of the national process is unclear, the principles elaborated by the Chávez government are helping articulate a new Latin American left.