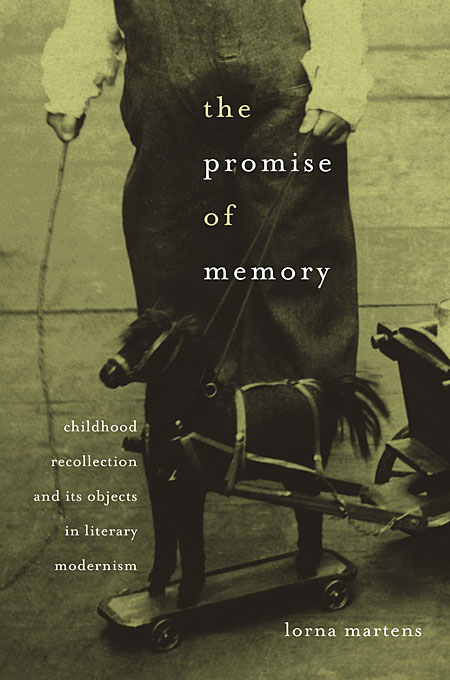 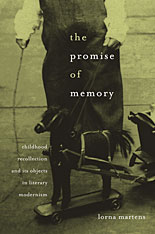 The Promise of Memory

Childhood Recollection and Its Objects in Literary Modernism

Readers once believed in Proust’s madeleine and in Wordsworth’s recollections of his boyhood—but that was before literary culture began to defer to Freud’s questioning of adult memories of childhood. In this first sustained look at childhood memories as depicted in literature, Lorna Martens reveals how much we may have lost by turning our attention the other way. Her work opens a new perspective on early recollection—how it works, why it is valuable, and how shifts in our understanding are reflected in both scientific and literary writings.

Science plays an important role in The Promise of Memory, which is squarely situated at the intersection of literature and psychology. Psychologists have made important discoveries about when childhood memories most often form, and what form they most often take. These findings resonate throughout the literary works of the three writers who are the focus of Martens’ book. Proust and Rilke, writing in the modernist period before Freudian theory penetrated literary culture, offer original answers to questions such as “Why do writers consider it important to remember childhood? What kinds of things do they remember? What do their memories tell us?” In Walter Benjamin, Martens finds a writer willing to grapple with Freud, and one whose writings on childhood capture that struggle.

For all three authors, places and things figure prominently in the workings of memory. Connections between memory and materiality suggest new ways of understanding not just childhood recollection but also the artistic inclination, which draws on a childlike way of seeing: object-focused, imaginative, and emotionally intense.