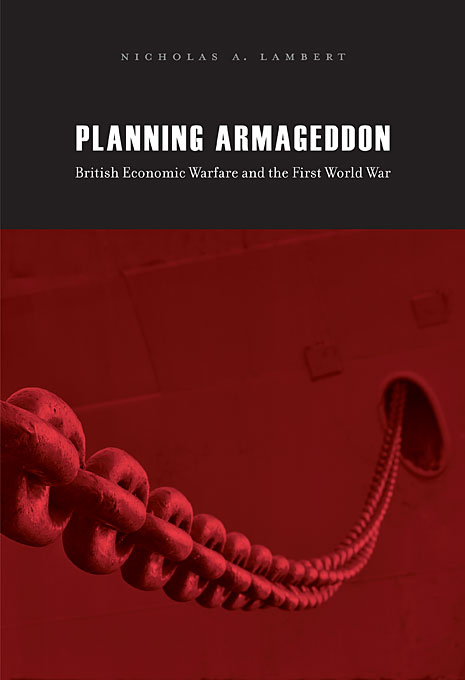 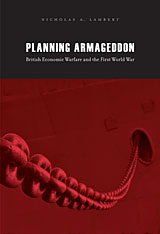 “Lambert has given us the definitive history of the planning and administration of the [British] blockade through the first 18 months of the war.”—Hugh Rockoff, Economic History Review

“Lambert’s Sir John Fisher’s Naval Revolution, which took the story [of British naval history] to the outbreak of the First World War, left readers thirsty to discover how he might transform our understanding of the war itself, having opened a completely new perspective on the pre-war years. We have waited thirteen years, but this massive book and the prodigious research it rests upon, fully justify the time it has taken… Nicholas Lambert’s subject is not naval history at all in the classic sense but British grand strategy; how the British planned to fight before 1914, and why in the event they found themselves making war in ways they had previously decided were undesirable, unthinkable or fatal… Contrary to what almost all other historians have written, Lambert shows that the Cabinet had drawn sharply back from what in 1911 had briefly looked like committing the bulk of the British army to a Continental campaign. From 1912, Britain’s war strategy was a form of economic blockade, based less on the physical interception of merchant ships at sea than on the exploitation of Britain’s dominance of shipping and finance. Not the least important and original part of this book is its reconstruction of this strategy from the fragmentary and ambiguous evidence which has led so many other scholars in different directions… Time alone will tell whether Nicholas Lambert, who has demolished the ideas of so many other scholars, is himself vulnerable to revision. Few will match the massive scope and depth of his research.”—N.A.M. Rodger, Journal of Maritime History

“The story of how tensions during World War I took a different course from the Napoleonic era illuminates economic warfare’s limitations with broader lessons for what it can and cannot accomplish. In Planning Armageddon, Nicholas Lambert meticulously reconstructs the process by which Britain developed and then implemented plans for economic warfare against Germany. His well-written, though detailed, account provides a revisionist interpretation of British strategy which calls into question received opinion on how the Royal Navy aimed to fight a European war.”—William Anthony Hay, Policy Review

“In this formidable book, [Lambert] develops the thesis that between 1905 and 1912 the British Empire adopted a maritime strategy of economic warfare that was designed to bring down its major potential enemy—Germany—rapidly, efficiently and on its own. With meticulous scholarship he traces the emergence of this strategy and its ‘envisioning,’ exposition and endorsement… What is especially impressive about the book is the author’s mastery of the contemporary global financial situation whose dynamics, based on shipping, credit and cables—and whose potential fragility—he explains very clearly… [Lambert] has produced a book of high-quality research and analysis, which is truly a landmark in the historiography of the First World War. The place of the British Empire in that conflict cannot be fully understood without exploring its accessible pages. Despite its weight, in all senses it is a book hard to put down.”—Eric Grove, Royal United Services Institute Journal

“This is a very important book. It questions a series of orthodoxies that have dominated the diplomatic, strategic, and naval history of the period from 1900 to 1916… Anyone writing about the development of British grand strategy, diplomacy, politics, civil–military relations and inter-service rivalries of this period will need to study this book. The resulting debate will affect how the First World War is understood, and how it lives in the present. The myth of a ‘Continental commitment’ has been dealt a major blow.”—Andrew Lambert, War in History

“Readers of British naval strategy in the Fisher era will be seduced and provoked by this admirably engaging, significant, and persuasive book. It is a work of meticulous scholarship, based on exhaustive exploration of sources, and challenging in its interpretations. Lambert is an outstanding scholar at the height of his powers.”—Cameron Hazlehurst, Australian National University

“Lambert sheds important new light on why British politicians agreed to go to war in 1914, how the management of economic warfare and blockade was instrumental in transforming the government, and why we need to rethink Washington’s relations with London. With a ‘what-happened next’ quality that makes the reader keep turning pages, this book is a major contribution that will completely revise how we understand Britain’s role in the First World War.”—Keith Neilson, Royal Military College of Canada

“This massive, comprehensively researched work asserts Britain’s attempt to solve a strategic problem by economics. A plan to destroy the German economy in the initial stage of World War I was modified only when its initial implementation threatened a global financial panic. Lambert’s controversial and persuasive description of a British counterpart to the Schlieffen Plan, challenging a century’s conventional wisdom, is a page turner.”—Dennis Showalter, Colorado College

“A remarkable academic achievement. By restoring economic theories of victory to their central place in the planning and early operations of World War I, Lambert reminds us how much of fundamental importance remains to be learned about that conflict, even after nearly a century.”—Arthur Waldron, University of Pennsylvania

“A magnificent achievement, one of the most important books in decades on the origins and conduct of the Great War. Lambert offers a complete rethinking of British strategy before and into the war. Readers will be feasting on this rich meal for years.”—Samuel R. Williamson, Jr., University of the South (Emeritus)