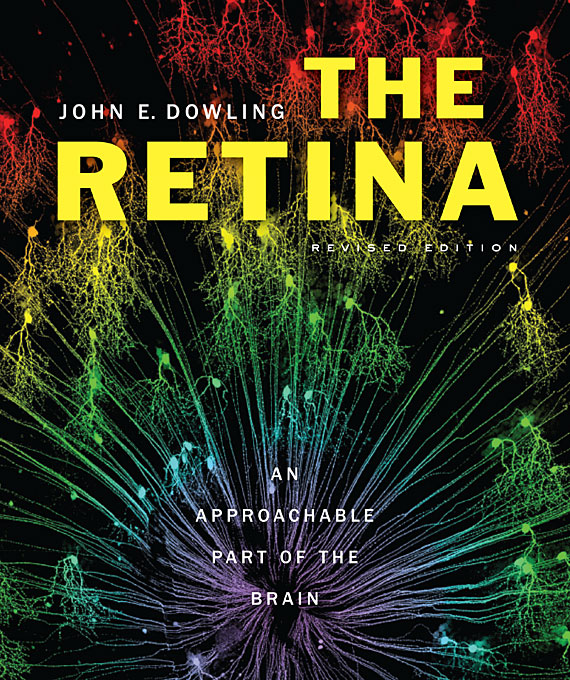 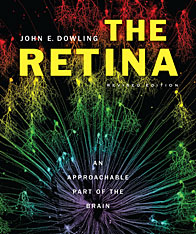 An Approachable Part of the Brain, Revised Edition

John Dowling’s The Retina, published in 1987, quickly became the most widely recognized introduction to the structure and function of retinal cells. In this Revised Edition, Dowling draws on twenty-five years of new research to produce an interdisciplinary synthesis focused on how retinal function contributes to our understanding of brain mechanisms.

The retina is a part of the brain pushed out into the eye during development. It retains many characteristics of other brain regions and hence has yielded significant insights on brain mechanisms. Visual processing begins there as a result of neuronal interactions in two synaptic layers that initiate an analysis of space, color, and movement. In humans, visual signals from 126 million photoreceptors funnel down to one million ganglion cells that convey at least a dozen representations of a visual scene to higher brain regions.

The Revised Edition calls attention to general principles applicable to all vertebrate retinas, while showing how the visual needs of different animals are reflected in their retinal variations. It includes completely new chapters on color vision and retinal degenerations and genetics, as well as sections on retinal development and visual pigment biochemistry, and presents the latest knowledge and theories on how the retina is organized anatomically, physiologically, and pharmacologically.

The clarity of writing and illustration that made The Retina a book of choice for a quarter century among graduate students, postdoctoral fellows, vision researchers, and teachers of upper-level courses on vision is retained in Dowling’s new easy-to-read Revised Edition.