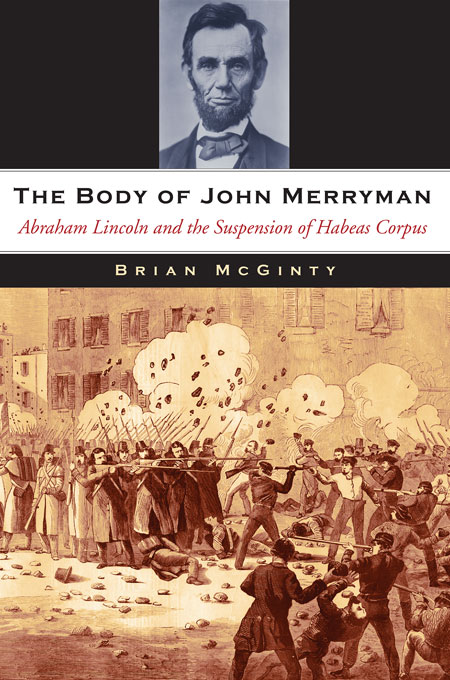 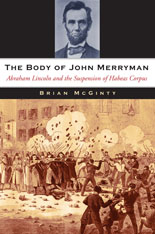 The Body of John Merryman

Abraham Lincoln and the Suspension of Habeas Corpus

In April 1861, President Abraham Lincoln suspended the writ of habeas corpus along the military line between Washington, D.C., and Philadelphia. This allowed army officers to arrest and indefinitely detain persons who were interfering with military operations in the area. When John Merryman, a wealthy Marylander suspected of burning bridges to prevent the passage of U.S. troops to Washington, was detained in Fort McHenry, the chief justice of the Supreme Court, Roger Taney, declared the suspension of habeas corpus unconstitutional and demanded Merryman’s immediate release. Lincoln defied Taney’s order, offering his own forceful counter-argument for the constitutionality of his actions. Thus the stage was set for one of the most dramatic personal and legal confrontations the country has ever witnessed.

The Body of John Merryman is the first book-length examination of this much-misunderstood chapter in American history. Brian McGinty captures the tension and uncertainty that surrounded the early months of the Civil War, explaining how Lincoln’s suspension of habeas corpus was first and foremost a military action that only subsequently became a crucial constitutional battle. McGinty’s narrative brings to life the personalities that drove this uneasy standoff and expands our understanding of the war as a legal—and not just a military, political, and social—conflict. The Body of John Merryman is an extraordinarily readable book that illuminates the contours of one of the most significant cases in American legal history—a case that continues to resonate in our own time.