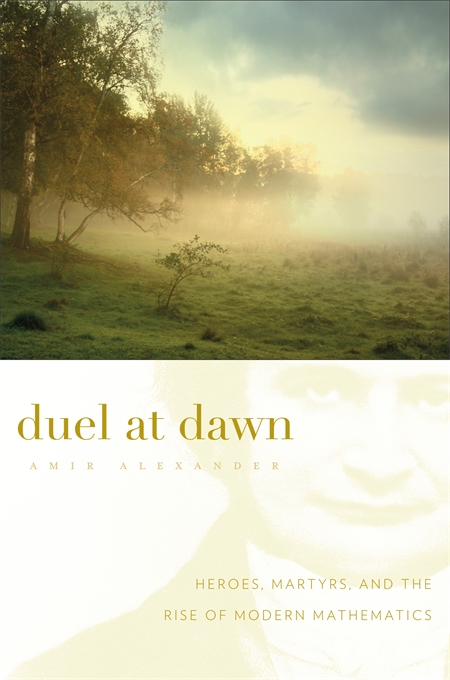 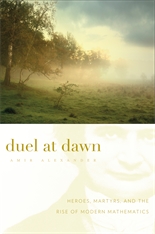 Heroes, Martyrs, and the Rise of Modern Mathematics

In the fog of a Paris dawn in 1832, Évariste Galois, the 20-year-old founder of modern algebra, was shot and killed in a duel. That gunshot, suggests Amir Alexander, marked the end of one era in mathematics and the beginning of another.

Arguing that not even the purest mathematics can be separated from its cultural background, Alexander shows how popular stories about mathematicians are really morality tales about their craft as it relates to the world. In the eighteenth century, Alexander says, mathematicians were idealized as child-like, eternally curious, and uniquely suited to reveal the hidden harmonies of the world. But in the nineteenth century, brilliant mathematicians like Galois became Romantic heroes like poets, artists, and musicians. The ideal mathematician was now an alienated loner, driven to despondency by an uncomprehending world. A field that had been focused on the natural world now sought to create its own reality. Higher mathematics became a world unto itself—pure and governed solely by the laws of reason.

In this strikingly original book that takes us from Paris to St. Petersburg, Norway to Transylvania, Alexander introduces us to national heroes and outcasts, innocents, swindlers, and martyrs–all uncommonly gifted creators of modern mathematics.