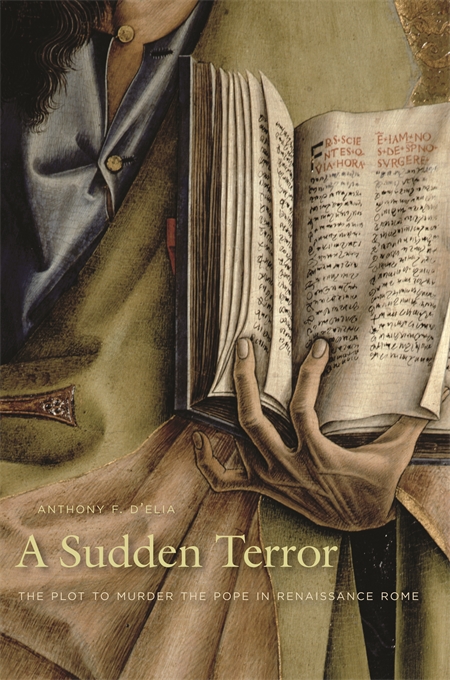 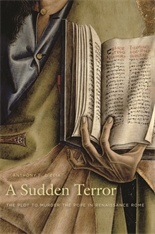 The Plot to Murder the Pope in Renaissance Rome

In 1468, on the final night of Carnival in Rome, Pope Paul II sat enthroned above the boisterous crowd, when a scuffle caught his eye. His guards had intercepted a mysterious stranger trying urgently to convey a warning—conspirators were lying in wait to slay the pontiff. Twenty humanist intellectuals were quickly arrested, tortured on the rack, and imprisoned in separate cells in the damp dungeon of Castel Sant’Angelo.

Anthony D’Elia offers a compelling, surprising story that reveals a Renaissance world that witnessed the rebirth of interest in the classics, a thriving homoerotic culture, the clash of Christian and pagan values, the contest between republicanism and a papal monarchy, and tensions separating Christian Europeans and Muslim Turks. Using newly discovered sources, he shows why the pope targeted the humanists, who were seen as dangerously pagan in their Epicurean morals and their Platonic beliefs about the soul and insurrectionist in their support of a more democratic Church. Their fascination with Sultan Mehmed II connected them to the Ottoman Turks, enemies of Christendom, and the love of the classical world tied them to recent rebellious attempts to replace papal rule with a republic harking back to the glorious days of Roman antiquity.

From the cosmetic-wearing, parrot-loving pontiff to the Turkish sultan, savage in war but obsessed with Italian culture, D’Elia brings to life a Renaissance world full of pageantry, mayhem, and conspiracy and offers a fresh interpretation of humanism as a dynamic communal movement.