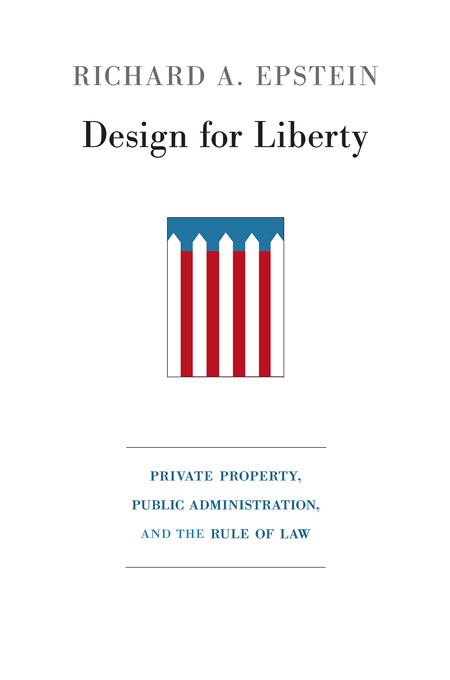 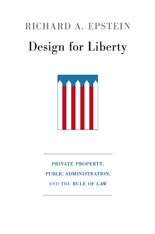 Private Property, Public Administration, and the Rule of Law

Following a vast expansion in the twentieth century, government is beginning to creak at the joints under its enormous weight. The signs are clear: a bloated civil service, low approval ratings for Congress and the President, increasing federal-state conflict, rampant distrust of politicians and government officials, record state deficits, and major unrest among public employees.

In this compact, clearly written book, the noted legal scholar Richard Epstein advocates a much smaller federal government, arguing that our over-regulated state allows too much discretion on the part of regulators, which results in arbitrary, unfair decisions, rent-seeking, and other abuses. Epstein bases his classical liberalism on the twin pillars of the rule of law and of private contracts and property rights—an overarching structure that allows private property to keep its form regardless of changes in population, tastes, technology, and wealth. This structure also makes possible a restrained public administration to implement limited objectives. Government continues to play a key role as night-watchman, but with the added flexibility in revenues and expenditures to attend to national defense and infrastructure formation.

Although no legal system can eliminate the need for discretion in the management of both private and public affairs, predictable laws can cabin the zone of discretion and permit arbitrary decisions to be challenged. Joining a set of strong property rights with sound but limited public administration could strengthen the rule of law, with its virtues of neutrality, generality, clarity, consistency, and forward-lookingness, and reverse the contempt and cynicism that have overcome us.