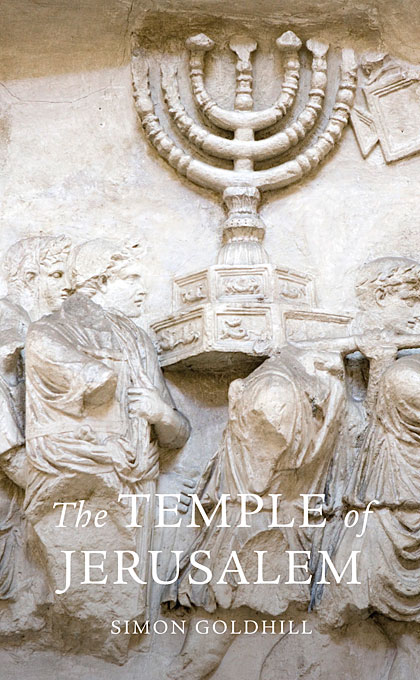 The Temple of Jerusalem

It was destroyed nearly 2,000 years ago, and yet the Temple of Jerusalem—cultural memory, symbol, and site—remains one of the most powerful, and most contested, buildings in the world. This glorious structure, imagined and re-imagined, reconsidered and reinterpreted again and again over two millennia, emerges in all its historical, cultural, and religious significance in Simon Goldhill’s account.

Built by Herod on a scale that is still staggering—on an earth and rock platform 144,000 square meters in area and 32 meters high—and destroyed by the Roman emperor Titus 90 years later, in 70 AD, the Temple has become the world’s most potent symbol of the human search for a lost ideal, an image of greatness. Goldhill travels across cultural and temporal boundaries to convey the full extent of the Temple’s impact on religious, artistic, and scholarly imaginations. Through biblical stories and ancient texts, rabbinical writings, archaeological records, and modern accounts, he traces the Temple’s shifting significance for Jews, Christians, and Muslims.

A complex and engaging history of a singular locus of the imagination—a site of longing for the Jews; a central metaphor of Christian thought; an icon for Muslims: the Dome of the Rock—The Temple of Jerusalem also offers unique insight into where Judaism, Christianity, and Islam differ in interpreting their shared inheritance. It is a story that, from the Crusades onward, has helped form the modern political world.