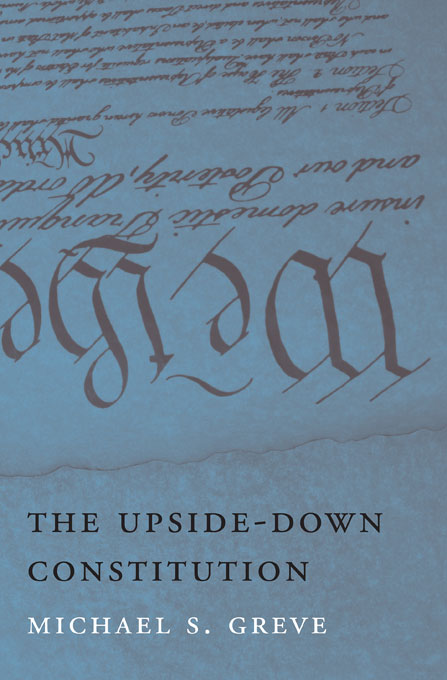 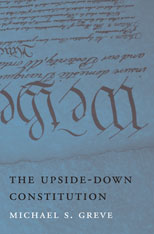 Over the course of the nation’s history, the Constitution has been turned upside-down, Michael Greve argues in this provocative book. The Constitution’s vision of a federalism in which local, state, and federal government compete to satisfy the preferences of individuals has given way to a cooperative, cartelized federalism that enables interest groups to leverage power at every level for their own benefit. Greve traces this inversion from the Constitution’s founding through today, dispelling much received wisdom along the way.

The Upside-Down Constitution shows how federalism’s transformation was a response to states’ demands, not an imposition on them. From the nineteenth-century judicial elaboration of a competitive federal order, to the New Deal transformation, to the contemporary Supreme Court’s impoverished understanding of constitutional structure, and the “devolution” in vogue today, Greve describes a trend that will lead to more government and fiscal profligacy, not less. Taking aim at both the progressive heirs of the New Deal and the vocal originalists of our own time, The Upside-Down Constitution explains why the current fiscal crisis will soon compel a fundamental renegotiation of a new federalism grounded in constitutional principles.