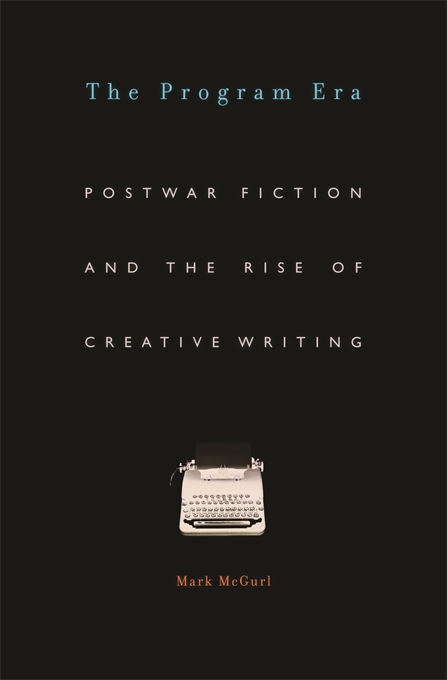 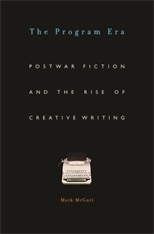 Postwar Fiction and the Rise of Creative Writing

“McGurl’s study rises above the conventional thinking to draw some surprising conclusions about how the proliferation of creative writing courses has shaped American literature for over half a century… The Program Era is an intelligent, persuasive and thought-provoking book; by shifting the focus away from individual writers towards the institutions that nurtured (or inhibited) them, McGurl breaks new critical ground.”—Patrick Langley, The Times Literary Supplement

“McGurl’s book is not a history of creative-writing programs. It’s a history of twentieth-century fiction, in which the work of American writers from Thomas Wolfe to Bharati Mukherjee is read as reflections of, and reflections on, the educational system through which so many writers now pass… The Program Era is an impressive and imaginative book.”—Louis Menand, The New Yorker

“[A] magisterial book… [It’s a] magnificent and unique theoretical construction [McGurl] has achieved in The Program Era.”—Fredric Jameson, London Review of Books

“If you find postwar American fiction interesting, you may wish to explore the academic system that begat it: a story well told by The Program Era.”—David Gewanter, The Times Higher Education Supplement

“The Program Era juxtaposes an unlikely cast of writers between its covers: Flannery O‘Connor, Toni Morrison, Thomas Pynchon, Raymond Carver, Philip Roth, George Saunders, and on. McGurl positions this diverse crew squarely in the context of the remarkable growth of creative writing programs in the U.S. after World War Two. McGurl‘s reinterpretation of these writers, whom scholars have so often read separately from one another, promises to unsettle all the standard ways literary historians carve up the postwar world of letters. McGurl has a rare talent for writing literary criticism that smuggles its theoretical concepts into your brain under the cover of lucid and readable and unpretentious prose. Academic literary critics, perhaps by necessity, spend lots of time becoming specialists in their patch of intellectual turf and speaking only to each other in an ever-subdividing glossolalia of theory. If we’re lucky, McGurl‘s book will inaugurate for us a new genre of literary history that, though wholly intelligible to the general reader, doesn’t pull its punches or water down the complexity of its vision.”—Lee Konstantinou, The Believer

“What has the movement of postwar writing into the university done to our literature?… The obvious nature of this question only places the decades-long lack of a proper answer in higher relief. It is proportionately exhilarating to find, in Mark McGurl’s The Program Era, a brilliant and comprehensive mind developing one at last. McGurl trains his gaze on the university writing programs and some of the masterful novelists they have incubated. But he makes his most compelling arguments at the level of the writer’s practical place in the academy, examining the distorting (and enabling) effects of university discipline on individual artists, and considering the wider role of ‘creative writing’ within a chain of notions of creativity (lasting from high school to the service-economy workplace) that inculcate skills for late-capitalist life… McGurl gives the best account I have seen of [Flannery] O’Connor’s cruel maximization of ‘ironic distance’; in her third-person narration, she aspires, as he puts it, almost ‘to the unimaginable condition of fourth person narration—narration from a higher dimension.’ His pages on Raymond Carver and ’80s minimalism, a mode that ‘came to be seen, oversimplifing the case drastically, as the ‘house style’ of the creative writing program,’ are similarly unrivaled… McGurl’s clear-sighted exposure of the hidden institutional background of postwar literary production is one of the first reliable signs that we will finally see that era thoroughly anatomized in a new generation of scholarship.”—Mark Greif, Bookforum

“[A] fascinating and (at times) beautifully argued book… [It] introduced me to many forgotten or unfairly neglected authors whose books I will seek out, as well as provocatively repositioning unlikely authors such as Raymond Carver as academic intellectuals.”—Matt Thorne, The Catholic Herald

“McGurl performs a complicated series of critical and interpretive maneuvers in The Program Era. He describes in detail how the institutionalization of creative writing ‘has transformed the conditions under which American literature is produced’ and how that has ‘converted the Pound Era into the Program Era.’”—Jennifer Howard, The Chronicle of Higher Education

“[There’s] much food for thought in what [McGurl] has to say about literary trends. Most, interesting, though, is his sensitive exploration of the interplay between individual writers and the Creative Writing programs… Opinionated and lively… He delivers a cornucopia of exciting new ideas and insights in a work which will be indispensable reading for teachers and students of creative writing, and for anyone interested in modern fiction… [A] complex, energetic and fascinating book.”—Éilís Ní Dhuibhne, The Irish Times

“McGurl does have some smart things to say about the evolution of this creative writing movement—he documents it as part of the rise of progressive education in general—and about the many paradoxes involved when universities get in the business of trying to structure, codify and reward artistic endeavor.”—Charles McGrath, The New York Times

“It is a cliché to say that a book so changes your view of a particular historical period or problem that you never see it the same old way again. But this is the kind of book that warrants such praise. McGurl has brought deep learning, sweeping ambition, and stylistic brio together here to produce a whole new story of postwar American fiction. There is nothing else like it on the shelves of contemporary literary criticism.”—Jim English, author of The Economy of Prestige: Prizes, Awards, and the Circulation of Cultural Value

“The Program Era is a brilliant book of great ambition and originality. It will be rightly regarded as a landmark work and will shape the critical understanding of postwar American literature and culture for many years to come.”—Sean McCann, author of A Pinnacle of Feeling: American Literature and Presidential Government

“The institutionalized teaching of creative writing thrives in America. In Mark McGurl’s wide-ranging, audacious study, the academy comes to define postwar fiction in surprising ways. You won’t think of most of your favorite authors quite the same way again.”—Ed Park, author of Personal Days