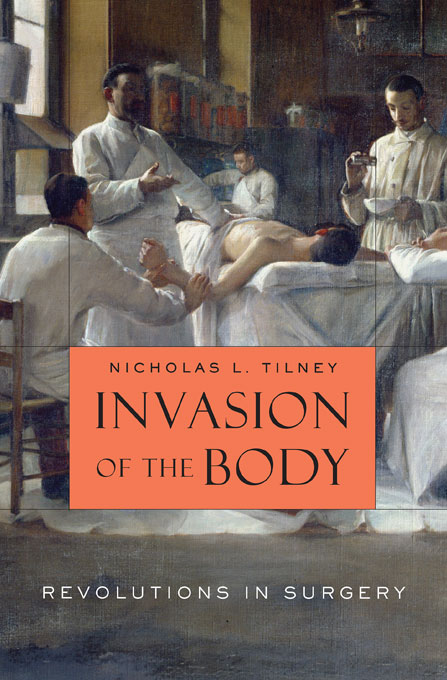 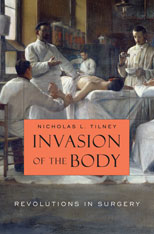 Invasion of the Body

In 1913, the Peter Bent Brigham Hospital in Boston admitted its first patient, Mary Agnes Turner, who suffered from varicose veins in her legs. The surgical treatment she received, under ether anesthesia, was the most advanced available at the time. At the same hospital fifty years later, Nicholas Tilney—then a second-year resident—assisted in the repair of a large aortic aneurysm. The cutting-edge diagnostic tools he used to evaluate the patient’s condition would soon be eclipsed by yet more sophisticated apparatus, including minimally invasive approaches and state-of-the-art imaging technology, which Tilney would draw on in pioneering organ transplant surgery and becoming one of its most distinguished practitioners.

In Invasion of the Body, Tilney tells the story of modern surgery and the revolutions that have transformed the field: anesthesia, prevention of infection, professional standards of competency, pharmaceutical advances, and the present turmoil in medical education and health care reform. Tilney uses as his stage the famous Boston teaching hospital where he completed his residency and went on to practice (now called Brigham and Women’s). His cast of characters includes clinicians, support staff, trainees, patients, families, and various applied scientists who push the revolutions forward.

While lauding the innovations that have brought surgeons’ capabilities to heights undreamed of even a few decades ago, Tilney also previews a challenging future, as new capacities to prolong life and restore health run headlong into unsustainable costs. The authoritative voice he brings to the ancient tradition of surgical invasion will be welcomed by patients, practitioners, and policymakers alike.