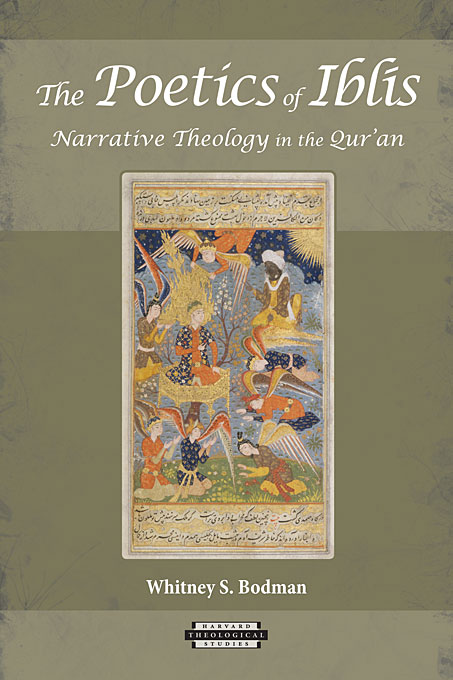 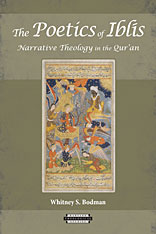 The Poetics of Iblīs

Narrative Theology in the Qur’an

Iblīs, the character in the Qur’an who refuses God’s command to bow to Adam and is punished by eviction from heaven, is commonly depicted as a fiendish character no different from Satan. However, some Sufi stories describe Iblīs as the ultimate monotheist, a lover of God, but tragically rejected. This volume seeks the origins of this alternative Iblīs within the Qur’an itself, by looking at each of the seven Qur’anic versions of the Iblīs story as a unique rendering of the basic narrative. Whitney Bodman finds that the likely earliest version of the Iblīs story presents him as a tragic figure, an elder sibling of Adam unjustly displaced from God’s favor. Subsequent renderings present an Iblīs more hostile to humanity, and in the last two abbreviated versions Iblīs becomes an incidental figure in the extended story of Adam.

In modern Arab literature the character of Iblīs is deployed to reveal tragic dimensions of modern life. Alhough it is often said that there is no place for tragedy in Islam, Bodman’s careful examination of the Iblīs story shows that the tragic exists even in the Qur’an and forms part of the vision of medieval Sufi mystics and modern social critics alike.