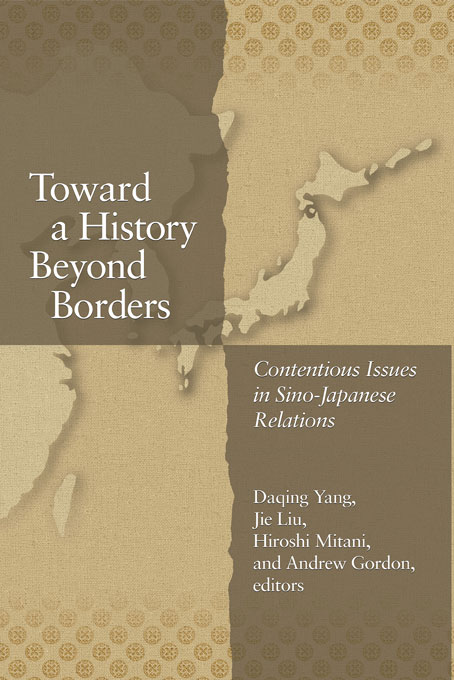 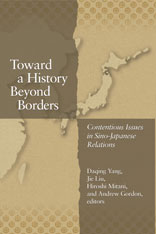 Toward a History Beyond Borders

Edited and translated by Daqing Yang

This volume brings to English-language readers the results of an important long-term project of historians from China and Japan addressing contentious issues in their shared modern histories. Originally published simultaneously in Chinese and Japanese in 2006, the thirteen essays in this collection focus renewed attention on a set of political and historiographical controversies that have steered and stymied Sino–Japanese relations from the mid-nineteenth century through World War II to the present.

These in-depth contributions explore a range of themes, from prewar diplomatic relations and conflicts, to wartime collaboration and atrocity, to postwar commemorations and textbook debates—all while grappling with the core issue of how history has been researched, written, taught, and understood in both countries. In the context of a wider trend toward cross-national dialogues over historical issues, this volume can be read as both a progress report and a case study of the effort to overcome contentious problems of history in East Asia.