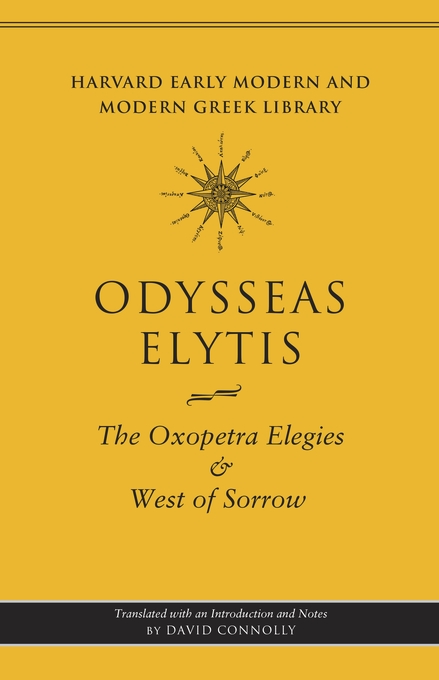 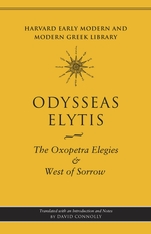 The Oxopetra Elegies and West of Sorrow

This volume contains translations of two late collections by Odysseas Elytis (Nobel Prize for literature, 1979). According to the official announcement of the Swedish Academy, the Nobel Prize was awarded to Elytis “for his poetry, which, against the background of Greek tradition, depicts with sensuous strength and intellectual clear-sightedness modern man's struggle for freedom and creativeness.” The Oxopetra Elegies, which he published in November 1991 at the age of eighty, was immediately hailed as one of his finest works. Far from being a dialogue with death, as many critics hastily concluded, these elegies are laments for what is seen and perceived in certain “timeless moments” that, like the Oxopetra headland, project into the beyond, into another reality, revealing truths that, to the poet’s constant dismay, remain “unverifiable” and “unutterable.” The poems here function as a “contemporary form of magic,” a key opening the portals to this other reality, at least for those who speak Elytis’ language: the language of the Secret Sun. In West of Sorrow, published in November 1995, only months before his death, it becomes even clearer that his poetry remains, as it always was, a paean to life and love and beauty.