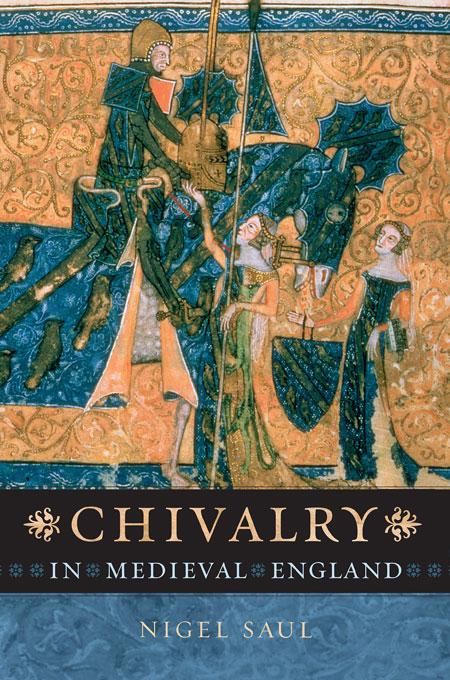 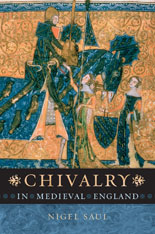 “Saul is especially good at examining the physical detritus of chivalry, the daily context for memory and fame across the parish churches, chapels and halls of England. The material texture of chivalric society can rarely have been chronicled so comprehensively and succinctly… He has produced a welcome introduction and guide to the English dimension of a pervasive social phenomenon of medieval Europe.”—C.J. Tyerman, The Times Literary Supplement

“The era of chivalry was the idealized fantasy that grew out of the military superiority of the armed horseman, and which lasted roughly between the invention of the stirrup and the invention of gunpowder. Nigel Saul is just the right person to tell the story as experienced in England… One of the strengths of his new book is its attention to the visual and the material. The knights of England had property and wealth, and they flaunted them. Chivalry was not only a code of behavior but a style honed both on the battlefield and in impressive residences… Interest in chivalry was revived in the Victorian cult of things medieval, aesthetic as well as moral in scope. It inspired such initiatives as the Marquess of Queensberry’s rules and the codification of laws of war, which Saul links to the later formulation of the Geneva convention. Yet lampoons of chivalry are equally powerful, as epitomized by John Tenniel’s drawings of ungainly knights on horseback that illustrated Through the Looking Glass. That unyielding parody has given us the chivalry of Monty Python and Spamalot, and recently a new Camelot too. Nigel Saul’s clear-sighted history makes these survivals all the more apparent, and all the more puzzling.”—Miri Rubin, The Guardian

“An entirely original project, and in [Saul’s] hands it proves illuminating… [A] brilliant book. The skill and scholarship with which he has done so fully justify his claim at its opening that chivalry was a major factor throughout the narrative history of medieval England from before the time of Richard I to the aftermath of that of Edward III. Chivalry has often been neglected by historians in that story; Nigel Saul’s vivid and exciting study should make sure that it can never again be left out of the account.”—Maurice Keen, Literary Review

“Nigel Saul takes a relatively benign view of medieval noblemen. He rejects the once-fashionable notion that war was all about money and land, and that chivalry was just tinsel. And, although he sees a steep decline in standards in the last medieval century, he thinks that chivalric values did have a real influence in civilizing the conduct of war. Whether one agrees with this or not, his is a view that commands respect. He is a historian with a rare gift for seeing the human lives behind the rather formulaic and impersonal sources of medieval history, and he has written widely about aristocratic culture… Saul can make the most unpromising material speak to us with a directness that can surprise even those who are already familiar with it. This is a rich book that does ample justice to its complex theme.”—Jonathan Sumption, The Sunday Times

“The author of this sparkling book that ‘puts chivalry centre-stage’ explains its substantial contribution to the development of Western civilization through links to the practice of treating prisoners of war with compassion, to the growth of individualism and even to the modern cult of celebrity.”—Christopher Silvester, The Daily Express

“Splendid… Saul has drawn heavily on what he calls this ‘rich repertory of contemporary witness’ to illuminate the relationship between chivalry and the political, military, social and artistic currents of the time. The result is a wide-ranging examination of how the ethos of chivalry defined and shaped knightly culture… As this book so ably demonstrates, [chivalry] influenced every aspect of knightly life: without it, the Middle Ages would have been not only duller and darker, but even more brutal.”—Juliet Barker, The Mail on Sunday

“Narrative chapters flavored with thematic discourses about the evolving nature of medieval chivalry do an admirable job of fusing an essentially literary and cultural history of chivalry with traditional military history… Saul makes significant contributions in his richly textured explorations of chivalry’s impact on late medieval English literature, religion, and architecture.”—J.P. Huffman, Choice