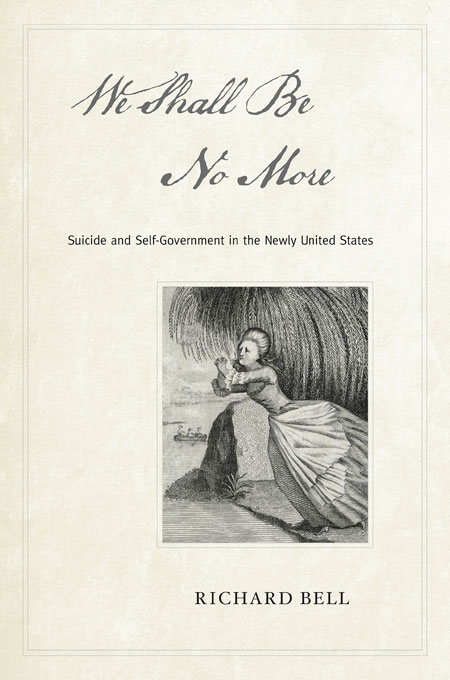 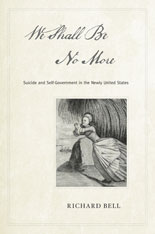 We Shall Be No More

Suicide and Self-Government in the Newly United States

Suicide is a quintessentially individual act, yet one with unexpectedly broad social implications. Though seen today as a private phenomenon, in the uncertain aftermath of the American Revolution this personal act seemed to many to be a public threat that held no less than the fate of the fledgling Republic in its grip.

Salacious novelists and eager newspapermen broadcast images of a young nation rapidly destroying itself. Parents, physicians, ministers, and magistrates debated the meaning of self-destruction and whether it could (or should) be prevented. Jailers and justice officials rushed to thwart condemned prisoners who made halters from bedsheets, while abolitionists used slave suicides as testimony to both the ravages of the peculiar institution and the humanity of its victims. Struggling to create a viable political community out of extraordinary national turmoil, these interest groups invoked self-murder as a means to confront the most consequential questions facing the newly united states: What is the appropriate balance between individual liberty and social order? Who owns the self? And how far should the control of the state (or the church, or a husband, or a master) extend over the individual?

With visceral prose and an abundance of evocative primary sources, Richard Bell lays bare the ways in which self-destruction in early America was perceived as a transgressive challenge to embodied authority, a portent of both danger and possibility. His unique study of suicide between the Revolution and Reconstruction uncovers what was at stake—personally and politically—in the nation’s fraught first decades.