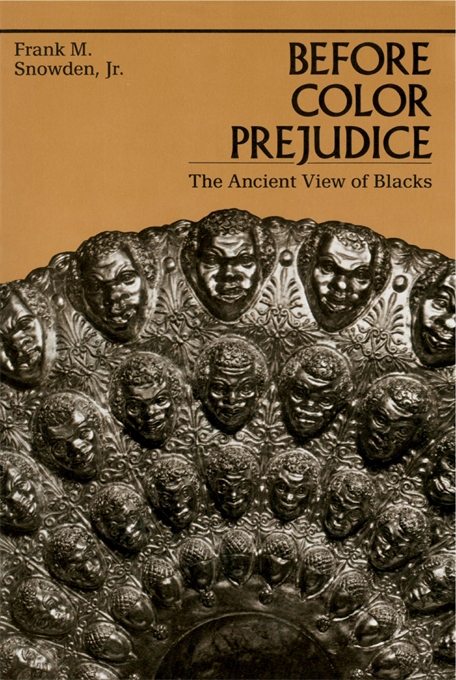 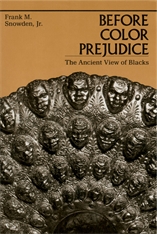 The Ancient View of Blacks

3 maps, 54 halftones and 8 line illustrations in a 48 page insert

In this richly-illustrated account of black–white contacts from the Pharaohs to the Caesars, Frank Snowden demonstrates that the ancients did not discriminate against blacks because of their color.

For three thousand years Mediterranean whites intermittently came in contact with African blacks in commerce and war, and left a record of these encounters in art and in written documents. The blacks—most commonly known as Kushites, Ethiopians, or Nubians—were redoubtable warriors and commanded the respect of their white adversaries. The overall view of blacks was highly favorable. In science, philosophy, and religion color was not the basis of theories concerning inferior peoples. And early Christianity saw in the black man a dramatic symbol of its catholic mission.

This book sheds light on the reasons for the absence in antiquity of virulent color prejudice and for the difference in attitudes of whites toward blacks in ancient and modern societies.