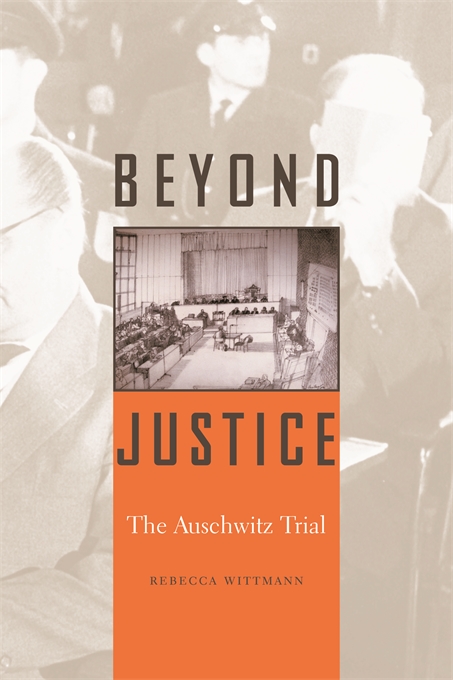 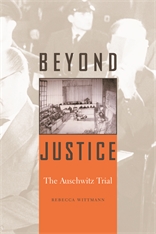 In 1963, West Germany was gripped by a dramatic trial of former guards who had worked at the Nazi death camp Auschwitz. It was the largest and most public trial to take place in the country and attracted international attention. Using the pretrial files and extensive trial audiotapes, Rebecca Wittmann offers a fascinating reinterpretation of Germany’s first major attempt to confront its past.

Evoking the courtroom atmosphere, Wittmann vividly recounts the testimony of survivors, former SS officers, and defendants—a cross-section of the camp population. Attorney General Fritz Bauer made an extraordinary effort to put the entire Auschwitz complex on trial, but constrained by West German murder laws, the prosecution had to resort to standards for illegal behavior that echoed the laws of the Third Reich. This provided a legitimacy to the Nazi state. Only those who exceeded direct orders were convicted of murder. This shocking ruling was reflected in the press coverage, which focused on only the most sadistic and brutal crimes, allowing the real atrocity at Auschwitz—mass murder in the gas chambers—to be relegated to the background.

The Auschwitz trial had a paradoxical result. Although the prosecution succeeded in exposing SS crimes at the camp for the first time, the public absorbed a distorted representation of the criminality of the camp system. The Auschwitz trial ensured that rather than coming to terms with their Nazi past, Germans managed to delay a true reckoning with the horror of the Holocaust.