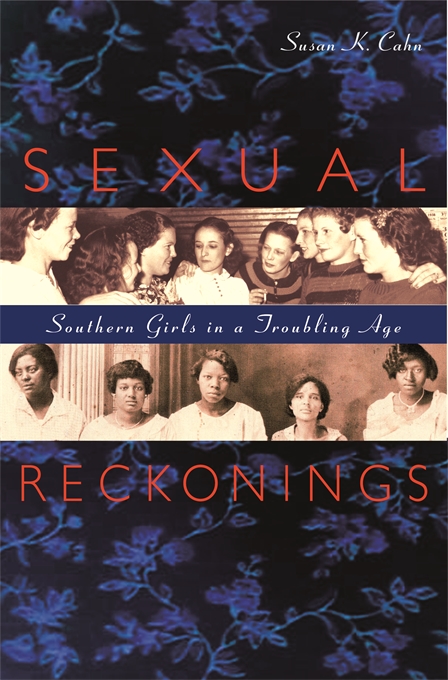 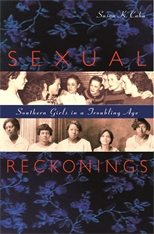 Southern Girls in a Troubling Age

“As public policy wars over morality rage unabated, the bodies of teenage girls and young women remain the battleground, making this book an urgent read… Cahn weaves the experiences and voices of girls from all classes and both black and white communities to show how girls used economic, social and cultural capital to redefine Victorian moral codes and pursue sexual experiences once viewed as the preserve of men.”—France Winddance Twine, Ms.

“Susan K. Cahn offers an empowering, well-researched, and refreshing look at the South’s transformation from the period of 1920 to 1960. She relies on anecdotal evidence of countless adolescent girls, integrating their narratives with the larger narrative of Southern political, economic and cultural change… From poor white girls targeted for “reform” to wartime pickup girls to the rock ’n’ roller, Cahn gives readers an insightful understanding of history that will leave you intrigued, indignant, entertained and even confer value on anyone who has suffered injustices, nourishing the possibility for change.”—Sofia Marin, Feminist Review

“Cahn traces female adolescence in the South from the flapper era through Elvis Presley and rock and roll and the budding civil rights movement, and the vast differences that race and class made in the judgment and treatment of female adolescent behavior. She examines the particularly volatile mixture of race and class for which the South has become famous, as the society struggled to control girls—black and white—to maintain racial purity and social conventions. This is a fascinating look at how young women fit into and affected southern patriarchy and notions of racial purity.”—Vanessa Bush, Booklist

“This work makes a useful contribution to the growing field of the study of girls.”—E. Thompson, Choice

“Sexual Reckonings is a significant analysis of how black and white teenage young women reshaped their world in the first sixty years of the twentieth century. Based on extensive and imaginative sources, Cahn’s work is nuanced, challenging, and brilliantly argued.”—Pete Daniel, author of Toxic Drift: Pesticides and Health in the Post-world War II South

“This impressive history of the sexual cultures of southern black and white adolescent girls pays careful attention to social fears of sexual danger, state regulatory policies, and the experience of the young women who reshaped sexual meanings over the first half of the twentieth century. Cahn persuasively argues for the centrality of adolescent female sexuality to southern politics, from the changing racial focus of forced sterilizations to the shifting grounds for white resistance to school desegregation.”—Estelle B. Freedman, author of Feminism, Sexuality, and Politics

“Carefully researched and beautifully written, Sexual Reckonings forges a new path by tying the history of southern adolescence to the South’s own coming of age.”—Jacquelyn Dowd Hall, University of North Carolina at Chapel Hill

“Sexual Reckonings offers a fascinating analysis of female adolescence in the context of racial, class and cultural upheavals across the twentieth-century South. Cahn transforms our understandings of girlhood and womanhood, sex and society, in the South and the nation, during the critical decades from 1920–1960.”—Nancy A. Hewitt, Rutgers University

“Sexual Reckonings dramatically illustrates how attempts to regulate girls’ sexual behavior were at the heart of power relations in the pre-Civil Rights South. Compelling and original, Cahn’s recovery of the dreams, hopes, and heartbreaks of poor white and African-American girls of the mid-20th century South have continued to haunt me, long after finishing this remarkable book.”—Annelise Orleck, author of Storming Caesars Palace: How Black Mothers Fought Their Own War on Poverty