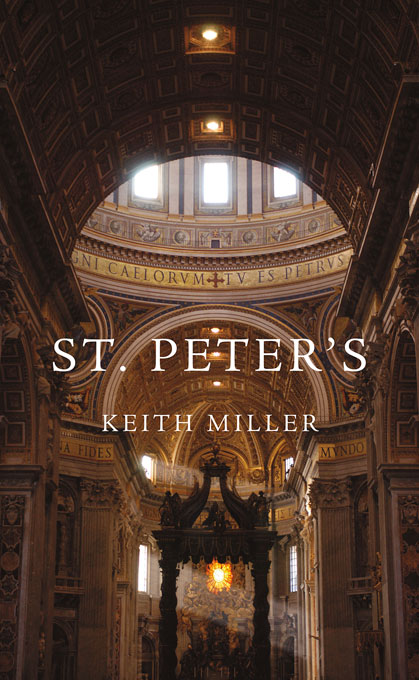 Built by the decree of Constantine, rebuilt by some of the most distinguished architects in Renaissance Italy, emulated by Hitler’s architect in his vision for Germania, immortalized on film by Fellini, and fictionalized by a modern American bestseller, St. Peter’s is the most easily recognizable church in the world. This book is a cultural history of one of the most significant structures in the West. It bears the imprint of Bramante, Raphael, Michelangelo, Bernini, and Canova. For Grand Tourists of the eighteenth century, St. Peter’s exemplified the sublime. It continues to fascinate visitors today and appears globally as a familiar symbol of the papacy and of the Catholic Church itself.

The church was first built in the fourth century on what is thought to be the tomb of Peter—the rock upon which Christ decreed his church shall be built. After twelve hundred years, the church was largely demolished and rebuilt in the sixteenth century when it came to acquire its present-day form. St. Peter’s awes the visitor by its gigantic proportions, creating a city within itself. It is the mother church, the womb from which churches around the world have taken inspiration. This book covers the social, political, and architectural history of the church from the fourth century to the present. From the threshold, to the subterranean Roman necropolis, to the dizzying heights of the dome, this book provides rare perspectives and contexts for understanding the shape and significance of the most illustrious church in the world.