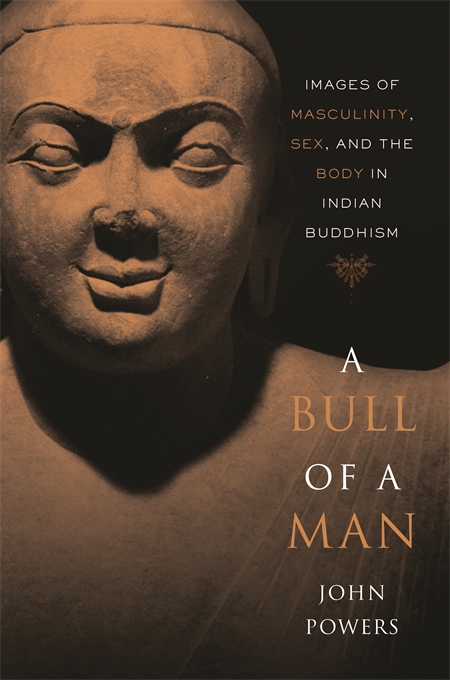 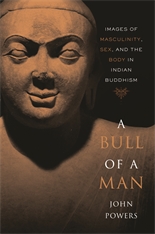 A Bull of a Man

Images of Masculinity, Sex, and the Body in Indian Buddhism

The androgynous, asexual Buddha of contemporary popular imagination stands in stark contrast to the muscular, virile, and sensual figure presented in Indian Buddhist texts. In early Buddhist literature and art, the Buddha’s perfect physique and sexual prowess are important components of his legend as the world’s “ultimate man.” He is both the scholarly, religiously inclined brahman and the warrior ruler who excels in martial arts, athletic pursuits, and sexual exploits. The Buddha effortlessly performs these dual roles, combining his society’s norms for ideal manhood and creating a powerful image taken up by later followers in promoting their tradition in a hotly contested religious marketplace.

In this groundbreaking study of previously unexplored aspects of the early Buddhist tradition, John Powers skillfully adapts methodological approaches from European and North American historiography to the study of early Buddhist literature, art, and iconography, highlighting aspects of the tradition that have been surprisingly invisible in earlier scholarship. The book focuses on the figure of the Buddha and his monastic followers to show how they were constructed as paragons of masculinity, whose powerful bodies and compelling sexuality attracted women, elicited admiration from men, and convinced skeptics of their spiritual attainments.