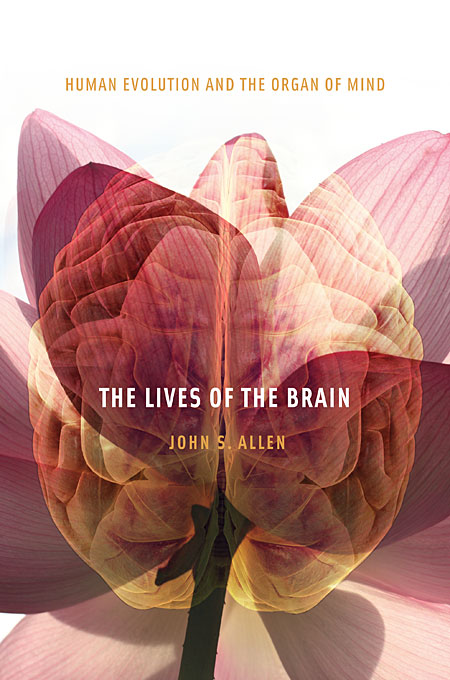 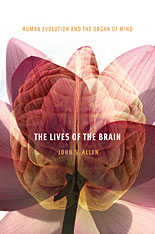 The Lives of the Brain

Human Evolution and the Organ of Mind

Though we have other distinguishing characteristics (walking on two legs, for instance, and relative hairlessness), the brain and the behavior it produces are what truly set us apart from the other apes and primates. And how this three-pound organ composed of water, fat, and protein turned a mammal species into the dominant animal on earth today is the story John S. Allen seeks to tell.

Adopting what he calls a “bottom-up” approach to the evolution of human behavior, Allen considers the brain as a biological organ; a collection of genes, cells, and tissues that grows, eats, and ages, and is subject to the direct effects of natural selection and the phylogenetic constraints of its ancestry. An exploration of the evolution of this critical organ based on recent work in paleoanthropology, brain anatomy and neuroimaging, molecular genetics, life history theory, and related fields, his book shows us the brain as a product of the contexts in which it evolved: phylogenetic, somatic, genetic, ecological, demographic, and ultimately, cultural-linguistic. Throughout, Allen focuses on the foundations of brain evolution rather than the evolution of behavior or cognition. This perspective demonstrates how, just as some aspects of our behavior emerge in unexpected ways from the development of certain cognitive capacities, a more nuanced understanding of behavioral evolution might develop from a clearer picture of brain evolution.